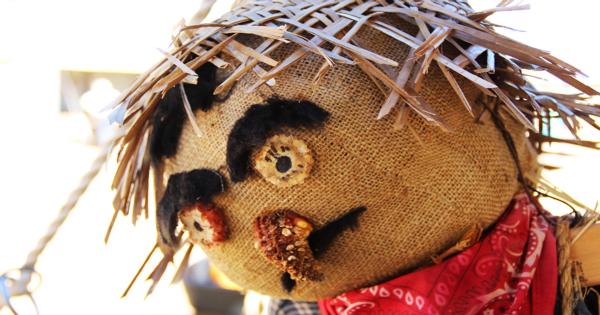 An American history course at Millersville University teaches that Republicans opposed affirmative action in the 1990’s “chiefly” out of a desire to preserve white privilege.

A screenshot of an online assignment offered in the course, which was obtained by Campus Reform, prompts students to address the reasons why “Republicans spoke out against affirmative action” in the 1990s, listing four potential responses, including claims that “the government should not engage in social engineering” and that “helping minorities was costing too much money.”

“We will attain our nation's goal of equal rights without quotas or other forms of preferential treatment.”

Apparently, though, Republicans challenged affirmative action policies “chiefly on the grounds that...it was discrimination against white people,” according to a screenshot of the assignment. 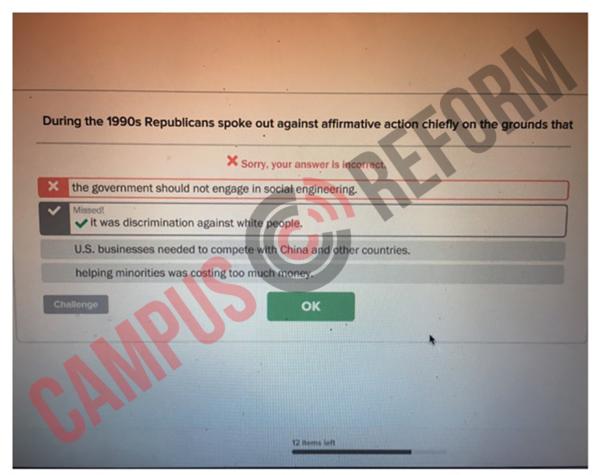 One anonymous student selected an alternative response, answering that the GOP opposed affirmative action primarily due to the party’s philosophical opposition to “social engineering,” provoking the online quiz to declare that “your answer is incorrect.”

The 1996 Republican Party Platform, however, makes an explicitly philosophical case against any form of discrimination, rooting that stance in the party’s fundamental belief in individual rights.

“The sole source of equal opportunity for all is equality before the law...Because we believe rights inhere in individuals, not in groups, we will attain our nation's goal of equal rights without quotas or other forms of preferential treatment,” the platform declares. “We scorn Bill Clinton's notion that any person should be denied a job, promotion, contract or a chance at higher education because of their race or gender.”

The 1992 Platform employs nearly identical language, saying they “reject efforts to replace equal rights with quotas or other preferential treatment.”

Students taking the quiz were allowed to utilize a “challenge answer” function, but the platform indicated that of the 51 students who had answered the question within the last month, none had exercised the option.

The course, called “Contours of U.S. History,” is required for all history majors at the school and also fulfills the “G3” component of Millersville’s general education requirement.

Currently, “Contours of U.S. History” is taught by Professor Tracey Weis, who also teaches other courses on “Afro-American History” and “Women in U.S. History,” but she did not respond to Campus Reform’s requests for comment.