CSUF donor enrages students by suggesting they get jobs 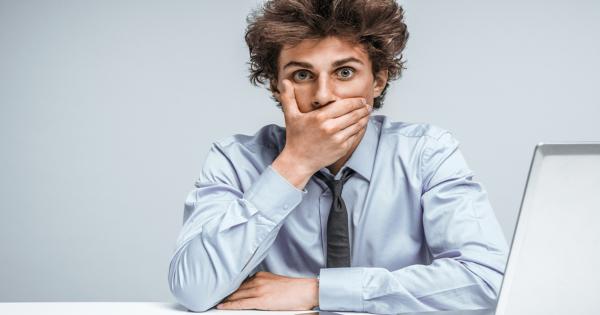 California State University, Fullerton students took to Twitter this past week to attack one of the school’s alumni donors for his conservative views.

Steve Mihaylo, one of CSUF’s top financial contributors and the CEO of cloud service provider Crexendo, was blasted by university students on Twitter after he posted his thoughts on student debt and personal responsibility, The Daily Titan reports.

“If you make the choice to borrow money, you should be aware that you’re going to have to pay it back.”

The correspondence began when a student posted a tweet estimating that his student loan debt would not be paid off until 2057, to which Mihaylo responded, “Have you ever considered getting a job? That’s what I did! It worked.”

The student, Luke Higgott, countered, with apparent uncertainty, that “I work two jobs at the institution that you paid millions of dollars to slap your name onto to satisfy your tiny ego????”

The situation quickly escalated as other students joined the rhetorical fray, including Marie Watschke, who tweeted a picture of herself giving the middle finger to the Mihaylo statue outside of Mihaylo Hall with the caption, “lol F*** this guy,” following up shortly thereafter by declaring, “welp, guess it’s time to go S*** on a statue.”

“And this is what the university I’ve given millions of my hard earned money to teaches?” Mihaylo responded incredulously. “Disgusting!”

The students told The Daily Titan that they feel Mihaylo is simply out of touch with today’s college students, asserting that the world has changed drastically since he graduated from CSUF in 1969.

Mihaylo, for his part, did not dispute the notion that today’s college students are different than those he matriculated with, but declared that the “age of entitlement” is something millennials should be looking to move beyond.

“I think it’s a systemic problem that people expect somebody else to take care of their actions. We all do things that create situations and circumstances, and we have to live with those things,” he explained. “If you make the choice to borrow money, you should be aware that you’re going to have to pay it back.”

Indeed, Mihaylo freely conceded that there are some major differences between the campus climate now and what he experienced as an undergraduate, pointing out that when he attended CSUF, free speech was a prominent issue embraced across the political spectrum.

“Today, I don’t think that’s the case. There’s too much vulgarity and screaming whenever someone has an opinion that’s different from theirs. They don’t really back anything up with facts. It’s more emotional today,” he asserted. “They’re not taught to respect other peoples’ opinions for one thing, and they use vulgarity to drown people out. That’s just not right. I would be happy to debate anyone, but I want it to be civil.”

Mihaylo even offered to make things easier on the students, providing them with an opportunity to earn 10 percent of the value of any product leads they send Crexendo, and 1 percent for service leads that yield new clients for the company.

CSUF Communication Manager Jeffrey Cook issued a statement seeking to distance the university from the online altercation, saying the matter is purely between Mihaylo and the students, but also interjected that he personally found Mihaylo’s comments “regrettable.”

[RELATED: Students worry free speech will make U of M ‘an unsafe place’]

Mihaylo has in fact faced many struggles in his life, living in foster care from the time he was 9 years old until he was 17, and later enlisted in the Army, where he served in the famed 101st Airborne Division.

“I think it’s wrong for students to assume that I was born with a golden spoon in my mouth,” he told the Titan. “I’m proud of the hardships I had to withstand as a young person. It’s kind of like steel. Heat causes it to be stronger, and adversity causes people to be stronger.”

The whole experience seems to have soured Mihaylo on his alma mater to an extent, prompting him to speculate that he might need to be more circumspect about his future donations to the university.

“You know, I think I’m owed an apology for the vulgarity and some of the things these kids have said to me without even getting to know me, and I’m going to reserve judgement on anything I do for Cal State Fullerton in the future,” he warned. “I’ve been giving it [money] to them [CSUF] with no strings attached, and in the future, I’m probably going to designate where it goes.”

Mihaylo also said he might consider redirecting his donations to schools that are more respectful of his beliefs, saying he gets “two to three calls a week from people that need assistance, and maybe I’ll start giving it to schools that use it more prudently.”

Christopher Boyle, President of the CSUF College Republicans, told Campus Reform that he was disappointed in the actions of his fellow students.

"It is unfortunate that students react so harshly and unforgiving to Steve Mihaylo,” he remarked, noting that Mihaylo “has repeatedly sought to help our school and the very students who attack him."