Babson finds no evidence of slurs from Trump supporters 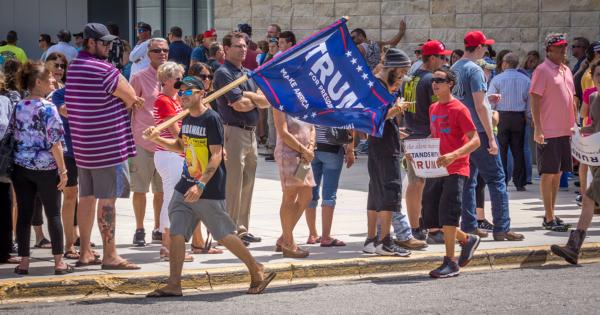 Two Babson College students who celebrated Trump’s victory by driving through the Wellesley College campus with a Trump flag will not face disciplinary action.

Edward Tomasso and Parker Rand-Ricciardi were found not responsible for disorderly conduct and harassment by Babson’s Honor Board on Monday, according to The Boston Herald.

“The initial allegations involving claims of things that were supposedly said and done were not true.”

Posts on social media claimed that the duo spit on people and shouted racial and homophobic slurs as they drove through Wellesley’s campus in a Chevy Silverado pickup truck on November 9. The pair, however, denied those claims, stating that they had only waved a Trump flag and yelled “Trump 2016” and “Make America Great Again” in their excitement over the election results.

Babson police looked into the incident, banning Tomasso and Rand-Ricciardi from campus for one month while the investigation was completed, but were unable to find any witnesses corroborating the claims of slurs and spitting.

“The board made clear that the initial allegations involving claims of things that were supposedly said and done were not true,” said Brad Bailey, Tomasso’s attorney.

Nevertheless, Babson President Kerry Healey and other administrators initially denounced the students, including some Honor Board members who had to be dismissed from the case.

Ultimately, in a closed-door meeting Monday, the Honor Board cleared Tomasso and Rand-Ricciardi of any wrongdoing.

“This has been an extremely difficult, painful five weeks for Parker and his family, one that has naturally taken a toll on them,” Jeffrey Robbins, Rand-Ricciardi’s lawyer, said in a statement. “They are grateful for the kindness and support of so many people, including both friends and complete strangers. Their hope is to spend some time decompressing and enjoying the holidays.”

Tomasso and Rand-Ricciardi both apologized for driving through campus in public Facebook posts shortly after the incident, explaining that it wasn’t their intention to upset anyone.

“First and foremost is my apology. My insensitive celebration of the Trump victory was an extremely poor choice, plain and simple,” Rand-Ricciardi wrote on November 14. “Publicly celebrating the election at a time and in a place when so many were deeply disappointed about its outcome and, indeed, genuinely grieving about it, was just not smart.”

Tomasso echoed those sentiments in his apology, calling the rolling celebration an act of “extremely poor judgment.” He also questioned their use of the Trump flag, writing, “I hurtfully displayed a flag that symbolizes fear for many people and my actions caused pain that I am responsible for.”

Babson has refused to comment on the case, explaining that “as a matter of policy, and in accordance with federal law, Babson College does not comment on specific student conduct matters.”