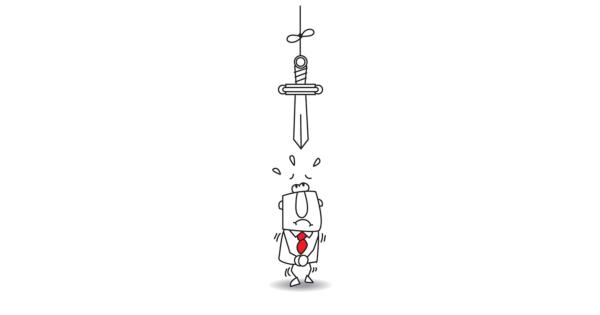 The student who recorded an Orange Coast College professor calling Donald Trump’s election “an act of terrorism” in a classroom rant is still in a state of disciplinary limbo over the video.

The student, who has remained anonymous for fear of retribution, recently attended a hearing with school administrators to discuss the potential punishment for recording Professor Olga Perez Stable-Cox’s December diatribe, but despite mulling the matter for almost four hours, OCC officials have yet to render a verdict.

“We believe that Orange Coast College would like this entire incident to disappear.”

Shawn Steel, RNC Committeeman and attorney for the OCC College Republicans, told Campus Reform that the administration had placed a hold on the student’s account, preventing the student from registering for classes, or even viewing previous grades, until December 31, 2099.

Calling the hold “a punitive action without notice” and observing that its 83-year duration is “a long time,” Steel said he called Orange Coast College’s President to defend the student, and was able to strike a deal whereby the hold would be lifted if the student agreed to meet with the interim Dean.

During the hearing with Interim Dean Victoria Lugo, which lasted for nearly four hours, the student told administrators that professor Stable-Cox is generally a good instructor, explaining that the decision to record her was made only after she began attacking Trump and accusing those who voted for him of supporting white supremacy.

Steel told Campus Reform that the hearing “wasn’t pleasant because the Dean didn't understand what an attorney would be doing [there],” referring to his own presence as the student’s representative, but recalled that the student made an excellent speech, telling administrators that he was “deeply offended” by Stable-Cox’s remarks.

According to Steel, the administrators revealed that an investigation of Stable-Cox is currently “pending,” after which Lugo chided the student that the recording has become an international issue and has brought unwelcome attention to OCC.

“It is premature to say if it will be a light reprimand or expulsion. We just don't know,” he concluded. “We believe that Orange Coast College would like this entire incident to disappear.”

Since the recording was made public in early December, progressive OCC students have rallied around Stable-Cox, with the Feminist Club, Planned Parenthood Club, OCC Young Democrats, and OCC Pride Club all circulating a petition to make Cox “Professor of the Year” for her disparaging comments about President-elect Trump and his supporters.

Moreover, Orange Coast College Republicans President Joshua Recalde-Martinez told Campus Reform that both he and Steel have received threats of physical violence over their defense of the student.

Screenshots obtained by Campus Reform show Recalde-Martinez being called “a disgusting human being,” and eventually being told that “someone is f***ing your girlfriend now.” 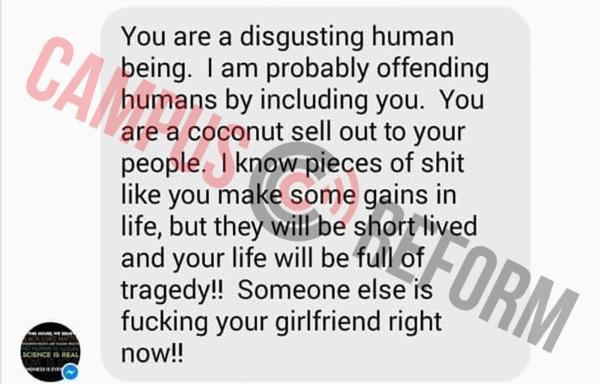 Another person even threatened to “hunt down” his grandmother, sisters, and mom to “rape” and “burn” them, declaring, “I will kill each and everyone of you fuckers. Genocide to the whites. Death to Trump.” 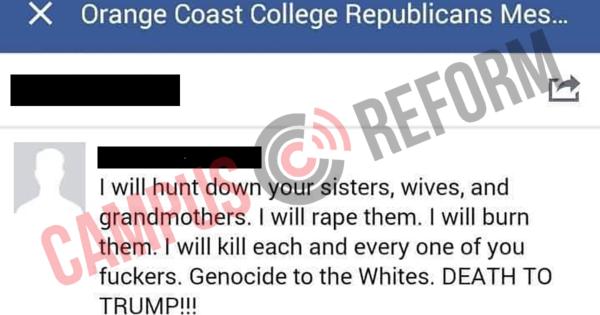 Still another message inexplicably reminds Recalde-Martinez that “your [sic] a ‘Mexican’ Republican,” calling him an “effing puto” and demanding that he “quit picking on old ladies” while casually disregarding the usual rules of spelling and punctuation. 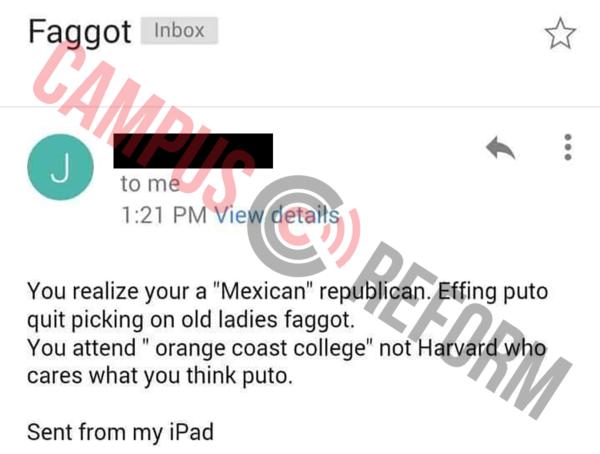