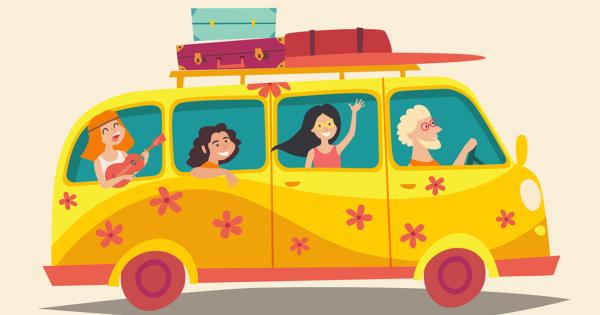 Several universities are paying for their students to attend the Women’s March on Washington, a post-Inauguration protest intended to show solidarity with marginalized communities and speak out against Donald Trump.

Emerson College in Massachusetts, Columbia/Barnard University, and Depauw University in Indiana have agreed to charter buses to Washington, D.C. so that students can participate in the March, which recently came under fire for disinviting a pro-life group that was cosponsoring the protest.

DePauw is “greatly subsidizing this trip to cover transportation.”

According to The Berkeley Beacon, Emerson will be chartering a bus to the March for 48 students and two faculty members, with funds contributed by the President’s Office, the Elma Lewis Center, and Emerson Peace and Social Justice, among others.

Initially, the students intended on funding the trip themselves, but fell far short of their funding requests, receiving just $270 of their $4,562 goal.

Alternatively, Columbia, Barnard, and DePauw will ask students to buy tickets for chartered buses to D.C., but will at least partially subsidize the cost of tickets.

DePauw University, for example, will charge its students $25 to secure a seat on the bus, but says it is “greatly subsidizing this trip to cover transportation,” along with providing snacks, peanut butter and jelly sandwiches, and water.

Barnard Student Life will charge students the same $25 fee for a bus ticket, but does not indicate whether that price reflects any financial assistance from the school.

While DePauw and Barnard Student Life are covering just bus tickets and snacks, Columbia/Barnard Hillel, a part of the Center for Jewish Student Life, is offering all transportation, meals, and accommodations for just $75, subsidized down from $176.

“This Shabbat on campus after our Friday night dinner, there's going to be a panel of sorts of various activists for those who are interested, from different fields for race relations, anti-war policy, education, gay rights,” David Quintas, CC ’18 and President of Columbia Barnard Hillel, told The Columbia Spectator.

DePauw University explained to Campus Reform that funds for its trip to the Women's March come from "non-tuition dollars that have been provided by a foundation," noting that the school has "regularly supported multiple pro-life events."

"Both of these events, and in fact all of these programs, are student driven," the school said in a statement to Campus Reform. "It should be noted that DePauw also funds, per student requests, trips to Christian-based conferences including one led by the InterVarsity Christian Fellowship."

Campus Reform reached out to all of the other schools mentioned in this article, but has not received any responses. This story will be updated if and when any responses are received.