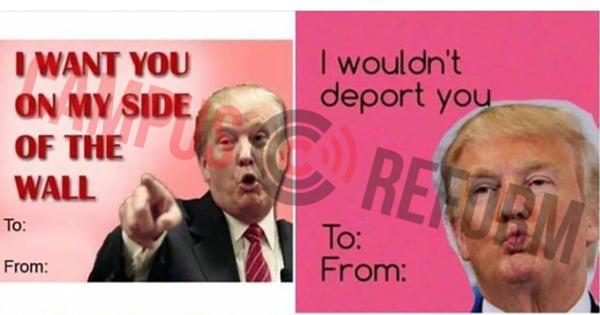 A Michigan State University professor had to apologize after sharing humorous Trump valentines memes that apparently offended members of the Latinx community on campus.

Dr. Rob LaDuca, a professor in the MSU chemistry department, posted the joking memes to a private Facebook page for MSU community members called “MSU Memes 2.0,” according to Latino Rebels, which was provided with several examples of the salutations under the heading “Happy Valentrump’s Day.”

“I was so sad to have inadvertently hurt the Latinx people I support wholeheartedly.”

The memes were versions of Valentine’s Day cards adorned with photos of Trump and phrases such as “I want you on my side of the wall” and “I wouldn’t deport you.” 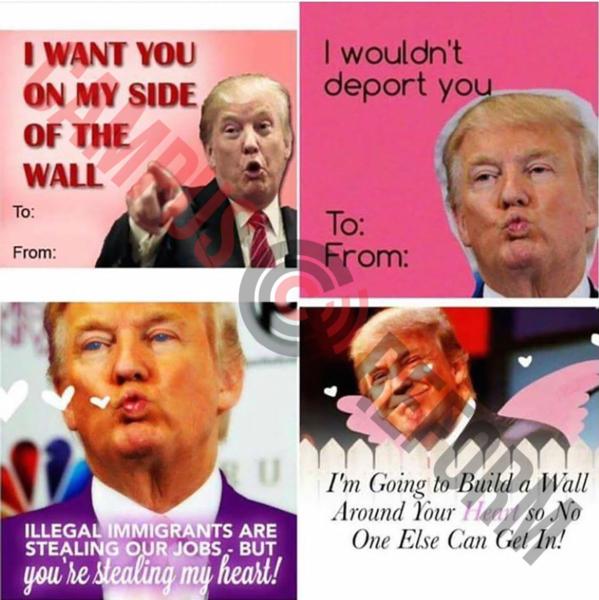 Some Latinx students, however, apparently didn’t find the memes funny, and LaDuca’s post was reported to his supervisor. LaDuca removed the post shortly thereafter and issued a public apology clarifying that the post was intended to mock Trump, not endorse his immigration policies.

“I was so sad to have inadvertently hurt the Latinx people I support wholeheartedly against the reactionary agenda of the President of the United States,” LaDuca told Latino Rebels. “I loathe him and everything he stands for. I intended the meme to mock him and make him appear the fool that he is.”

In his public apology, LaDuca stated that “I am on your side and I detest Trump’s paranoid and hurtful exclusionary policies,” subsequently adding that he had already “called out” a student who objected to the outrage over his satirical greetings.

A white student in the meme group apparently decried the censorship of the group and was upset that LaDuca had to apologize, but the student was promptly shut down.

“I also called out a white student who took issue with my apology, claiming censorship of the memes group,” LaDuca claimed, arguing that “It is the right thing to do when you have inadvertently hurt people you care about, to own it, apologize, and make amends.”

Nonetheless, an anonymous student told Latino Rebels that LaDuca’s apology does not erase the “double standard” that exists for Latinx students at MSU.

“The point is that the administration does nothing in response to these issues,” the student whined. “Nothing will happen to Dr. LaDuca and we as a community feel that if it was a faculty member of color making bad judgments, they would definitely be in deep ****. These are the politics of MSU.”