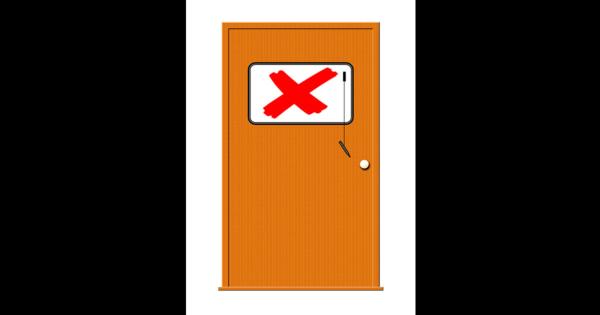 Michigan State University will prohibit students from displaying whiteboards outside their dorm room doors starting next semester due to concerns about “offensive” words and images.

Kat Cooper, spokeswoman for Residential and Hospitality Services at MSU, told the Lansing State Journal that the increasing prevalence of social media and texting have made whiteboards essentially obsolete as a means of communication, leaving them vulnerable to anonymously-scrawled offensive messages.

"MSU Police have informed us that ALL dormitory white boards will be removed asap. Victory!!!"

“The functionality of whiteboards used to outweigh the downsides,” Cooper said. “That’s not happening anymore.”

MSU’s Anti-Discrimination Policy states that “the University community holds itself to certain standards of conduct more stringent than those mandated by law,” and Cooper noted that MSU also has mandatory training courses on cultural sensitivity and inclusiveness for new students.

In addition, anyone who witnesses or experiences potentially offensive content or conduct is encouraged to report it to MSU’s Office of Institutional Equity for investigation. Any student found guilty can face consequences ranging from a simple warning to a suspension, though investigators are rarely able to identify the individuals responsible for words or images written on whiteboards.

Yvonne Lansing, president of the Lansing NAACP, applauded the whiteboard ban on the chapter’s Facebook page describing it as a “Victory” for African American students in particular.

“We had an incident at MSU where a young african american honors student had ‘The N Word’ written on her dorm room whiteboard. It's been a while but MSU Police have informed us that ALL dormitory white boards will be removed asap. Victory!!! Pres Yvonne Lansing NAACP Branch”

In the case of Aaron Stephens, a student at MSU of Armenian and Indian descent who was subjected to racially offensive remarks carved into his door, a white board ban would not have protected him from anonymous harassment. Even so, he still supports the ban.

"The bigger issue is the fact that someone that’s part of our community would feel the need to use hateful language in the first place,” Stephens told the Journal. “That needs to be addressed further.”

Others, though, think the ban is an overreaction, pointing out that it does nothing to combat the underlying motivations that spur offensive behavior in the first place.

“People can write racist words on anything: a brick wall, a tree, or even a person’s body. Are we supposed to get rid of those things too?” MSU junior Yamani Vinson pondered.

“It’s easy to take away whiteboards,” she added, but “actually working towards graduating students who understand the importance of diversity is the only way we can effectively address bias.”

Jade Haney is a Campus Reform Intern. Previously, she worked as the Youth for Trump Colorado State Coordinator for Donald J. Trump for President.