On February 15, the parents of Regis University student Alexander Beck stepped outside their Denver home to see the word “ANTIFA” spray painted on the side of their trailer.

Beck, who describes himself as one of the few Trump-supporting conservatives on campus at Regis University, told Campus Reform that he had purchased the domain name antifascism.org for the purpose of “trolling” leftist agitators, protestors, and rioters online, and believes the vandalism was a direct response to his online antics.

“I can tell you that I have not seen a single Trump sticker on a Laptop or MAGA hat other than my own,” Beck remarked in reference to the paucity of conservatives on his campus.

Beck also created what he described as a “satire antifa twitter account, @AntifascismUSA,” which received about 153,000 impressions just part way through the first day.

“I ended up realizing that the whole situation had diverted from my original plan for a fun online joke a ways into the whole situation,” Beck explained. “I made a satirical Twitter account to go with the satirical website, and after half a day of using it, I saw it had around 150,000 impressions.”

Beck’s website caught the attention of some New York City ANTIFA members, prompting the group to post a graphic on Twitter warning its followers, “Do not trust antifascism.org @antifascismUSA. They were hacked. They are fascist-operated traps.”

The very next day, itsgoingdown.org, a self-described “media platform for revolutionary anarchist, anti-fascist and autonomous anti-capitalist movement,” posted an article warning supporters of “the ability of the Alt-Right to harvest information through online mediums like Facebook.”

The article included a picture of Beck along with a description claiming that “@realAlexBeck has been leading the charge in the Alt-Right in doxxing antifa,” and went on to make accusations against his site, saying, “this website shown in the tweet above was created by the Alt-Right troll who used his website to gather information on people and then released the information.”

Beck, however, insists that the accusations are false, pointing out that his antagonists had engaged in precisely the sort of behavior for which they so vehemently condemned him.

“Numerous groups and individuals have alleged that I setup antifascism.org as a honeypot to collect ANTIFA information. All of the claims are false,” he told Campus Reform. “Truth be told, I didn't even have the means to do this, as the site is hosted through GitHub pages & cloudflare.”

Beck said he only became aware of the antifa article after being contacted by a journalist from Vocativ asking about it, adding that It’s Going Down never contacted him about his website, nor did the group request comment from him before posting the article, even blocking him on Twitter so that he would be unable to see the post.

“I wasn’t contacted. Hell, their Twitter had me blocked right as they pushed the story,” Beck told Campus Reform. “When the story was 20 minutes old they had me blocked on Twitter.”

Indeed, It’s Going Down even concludes its article by advising supporters to do just that.

“If you run social media accounts and notice that you are starting to get trolled by far-Right accounts, block them but also make a note of them,” the article suggests. “Who do they follow, who follows them? Are they connected to a group, podcast, or larger network?”

Campus Reform contacted New York City ANTIFA to ask whether any of its members were responsible for the vandalism of Beck’s trailer, but did not receive a response. 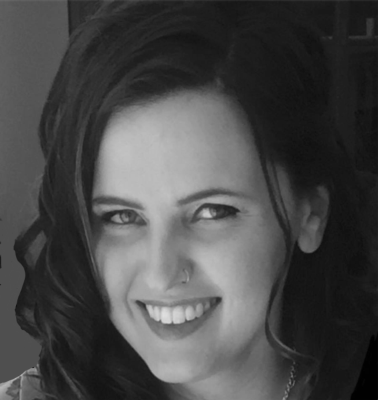