Flyers defaced at Barnard ahead of Charles Murray speech 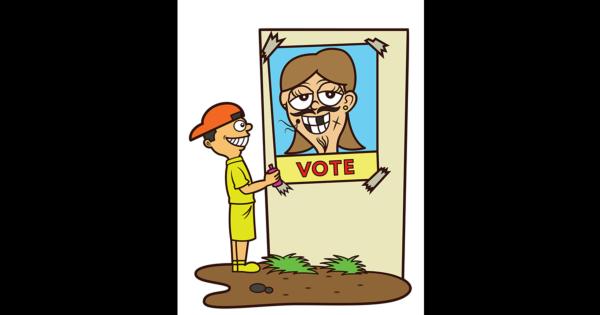 According to The College Fix, at least 16 posters in the Barnard Student Center were vandalized. Several flyers had cartoonish devil horn scribbled upon Murray’s head, while others had pushpins positioned over his face. Graffiti on several the posters labeled him a “white supremacist,” and at least three posters had been removed.

“Fuck him,” the vandals wrote.

At this point, Murray might be getting used to unwelcome receptions.

Murray’s appearance, scheduled for March 23, will be the first time he is spoken in public since he was shouted down at Middlebury College earlier this month.

Murray had to retreat to a separate room and deliver his talk via video. After he delivered his speech, Murray and Middlebury Prof. Allison Stanger were accosted by the same students who had disrupted Murray’s talk.

According to Stanger, she received a neck injury after one student grabbed her hair and another one pushed her in a different direction. She ended up receiving treatment at the hospital where her neck was put in a soft brace.

Murray also faced a hostile reception last March at Virginia Tech University, where he was to give the BB&T Distinguished Lecture. Virginia Tech President Tim Sands decried Murray’s “discredited” work, and faculty members expressed “alarm” that he would speak without rebuttal.

Murray’s talk went ahead, albeit with stepped-up security, and his appearance was preceded by a “teach-in,” at which students labeled him a racist and alleged that the “was or is a member of the Ku-Klux-Klan [and] supports eugenics.”

When he began a speech at Swarthmore last fall, protesters clad in black stood up and presented their backs to him, and later left the room. He faced another walkout from his lecture at Princeton University last December.

In 2014, he had an appearance at Azusa Pacific University, a Christian university, canceled, a decision he blasted as a move by the university’s administration to protect students “from earnest and nerdy old guys who have opinions that some of [their] faculty do not share.”

The student who is bringing Murray to campus, Jonathan Schatz-Mizrahi, told The Fix that Barnard students “live in a liberal bubble” and “don’t understand the issues that are affecting Americans in other cities,” specifically problems affecting “white working-class America.”