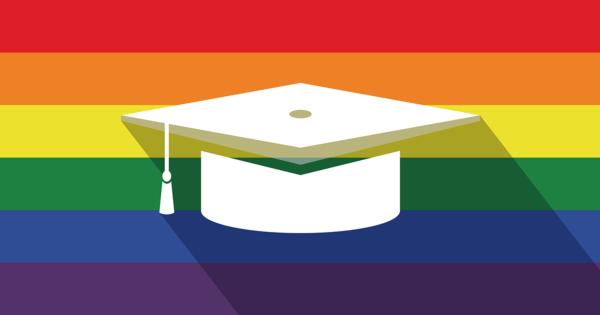 In an effort to thwart the “oppressive” gender binary, the University of Nebraska-Omaha has provided its students with a handy guide to “queer and trans community language.”

The guide begins with a photo of “The Gender Unicorn,” which is a coloring page provided by Trans Student Educational Resources that students can fill in to identify their nontraditional gender identities and expressions, as well as their sexual and emotional preferences.

“Allies are not part of the communities they help. A person should not self-identify as an ally.”

An example of a gender unicorn shows how a student would fill out the page if they were a man that identified as a woman, were sexually attracted mainly to women but also sometimes to men and other genders, and experienced little emotional attraction to any gender.

The UNO guide continues by providing definitions of trans and queer language that students can reference for their own benefit.

The guide defines the “gender binary,” for example, as a system that is “oppressive to anyone who defies their sex assigned at birth,” because it focuses solely on the concepts of male and female.

In addition to defining terms used to identify people by gender, the guide also makes sure to address terminology describing sexual preference, such as asexual, pansexual, and queer.

“In Western cultures, gender identity and sexual orientation are not the same,” UNO says. “Trans people can be straight, bisexual, lesbian, gay, asexual, pansexual, queer, etc. just like anyone else.”

The acronym “LGBTQIAPP+” is offered as a comprehensive reference to “lesbian, gay, bisexual, trans, queer, questioning, intersex, asexual, aromantic, pansexual, [and] polysexual” individuals, but the guide explicitly points out that “ally” is not included.

An “ally,” it explains, is “someone who advocates and supports a community other than their own,” but can never truly be a part of it.

“Allies are not part of the communities they help,” the definition declares. “A person should not self-identify as an ally but show that they are one through action.”