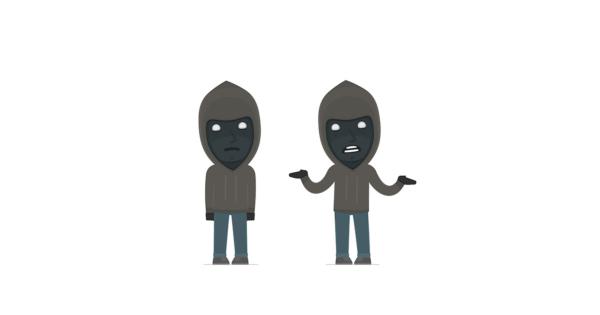 That’s how you do it.

Annoying provocateur Richard Spencer spoke at Auburn University Tuesday, and self-styled “anti-fascists” were out in force to oppose him.

For those of you unfamiliar with anti-fascists—commonly shortened to “antifa”—you may recognize them as the group of black-clad miscreants who have shot to Internet stardom in the last few months.

They first gained national notoriety when they forced Milo Yiannopoulos to retreat for his own safety rather than hold a scheduled speech at the University of California, Berkeley, damaging campus property and smashing up a Starbucks and a few banks along the way (because nothing says that you’re fighting fascism like destroying those symbols of capitalism).

You saw them again over the weekend when they clashed with Donald Trump supporters during a Patriot Day rally.

Yet, unlike with the violence at Berkeley, there are no headlines bemoaning a riot in the Alabama city. Why?

Maybe it’s because the cops in Auburn take their job seriously.

In the video above, originally posted on Twitter by user @MichaelJonesAU, police can be seen forcing antifa members to remove their masks—the federal judge who ordered that Spencer be allowed to speak at Auburn also ordered that cops enforce an anti-mask law, one of many around the country that were enacted to combat the Ku Klux Klan.

In other words, the cops didn’t treat the wannabe revolutionary cosplayers with kid gloves; they treated them like adults who could expect adult consequences.

The end result? Rowdy protests, but no rioting. Instead of mob rule, a trio of arrests. Spencer, as noxious as he is, spoke.

This is how things are supposed to be handled in this country. Freedom of speech prevailed, as did the rule of law. After the repeated breakdowns in civil order that we saw in California, these southern cops showed us how the law should handle them.

If these so-called “anti-fascists” were smart, they’d take a less confrontational approach to protesting Spencer and his ilk. When they riot, they betray their violent impulses to observers. They don’t win converts. If anything, they create sympathy for those they oppose, giving Spencer and his bizarre “alt-right,” white nationalism a broader platform than he’d otherwise have.

They won’t, though. Because for antifa, at the end of the day, it’s not about actually making a difference. It’s about getting to beat up people, avoiding responsibility for their violent actions by masking themselves, and feeling morally righteous about it all. The cops took their veil of anonymity from them Tuesday.

Hopefully other police departments will take their cues from the Auburn cops. War Eagle!