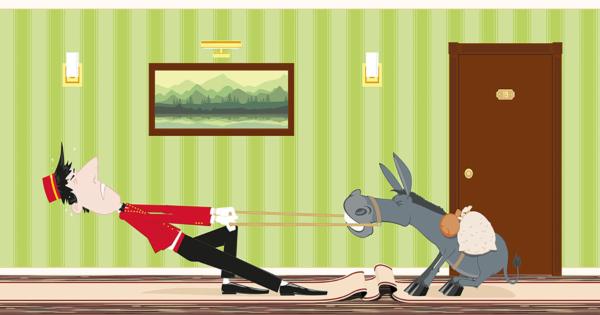 According to The Lacrosse Tribune, the administration decided in December to cancel a spring offering of an advanced Hmong (also known as “Hmoob”) language course due to low enrollment, following a precedent that had led several previous offerings to be cancelled for the same reason.

“It is unfair that [Hmong course] are subjected to the university’s minimum course enrollment policies.”

Although the school offered a compromise in the form of a distance learning Hmong language course taught by a UW-Stout professor, members of the Hmong Organization Promoting Education (HOPE) were not satisfied, contending that it has actually been four years since the advanced version of the course has been offered.

In support of the group’s objectives, the Student Association quickly passed a resolution urging the university to restore the advanced section of the course, which supplements a beginner-level course offered during the fall semester.

“The course offered was a beginner’s level for native speakers in contrast to the original MLG 304 course which is an advanced level. The two courses did not align,” a statement from HOPE asserted. “In order to build a culturally competent Critical Hmoob Studies that is reflective of the Hmoob community, as well as embody authenticity, transparency, and academic integrity; our voices as Hmoob students need to be heard and taken into consideration because we are going to be the ones directly affected by this.”

Seeking to reignite the conversation, HOPE recently issued a statement claiming responsibility for a sign labeling the school as “racist” that had been erected at the campus clock tower on April 12 and calling for a protest the following Monday against “the exclusion of the student voice from the [school’s] administration.”

Around the same time it released the statement, the group began circulating a petition addressed to the Chancellor’s Office demanding that its members’ “voices be heard and...expectations be met” and calling it “unfair” that the Hmong language courses “are subjected to the university’s minimum course enrollment policies” and accusing the school of compromising “academic freedom.”

At Monday’s protest, the Tribune reports that students gathered to further excoriate the school for cancelling the course, carrying banners that asserted “white supremacy is alive” and “UWLAX is racist."

Notably, the protesters were only further incensed upon learning that the university plans to offer the course to non-Hmong students in the interest of boosting enrollment, complaining that it had previously been treated as a Hmong-only safe space.

Provost Betsy Morgan, who was present at the rally, clarified in an interview with Campus Reform that the course was never actually restricted to Hmong students, though it may have seemed that way to some.

“It is a Heritage language class open to any student who has native or near-native speaking skills in the heritage language,” she explained, adding that while “offering the class is contingent on enrollment...any person of any ethnic background with Hmong language skills could enroll in the class.”

HOPE Chairperson Linda Xiong, however, told Campus Reform that there have been “reoccurring issues” surrounding the courses, noting that the advanced selection was put on hiatus in the fall of 2016 after its professors took time off to “proceed with research that would help to improve the course.”

She did acknowledge that the school has established a task force to work on “building a Hmoob studies curriculum,” but complained that “there’s currently no Hmoob student input [or] representation in this process.”

Saying that Hmong students “feel that our concerns regarding this have not been adequately addressed,” she concluded by vowing that “[HOPE] will continue to protest the exclusion of student voice from UWL administration.”