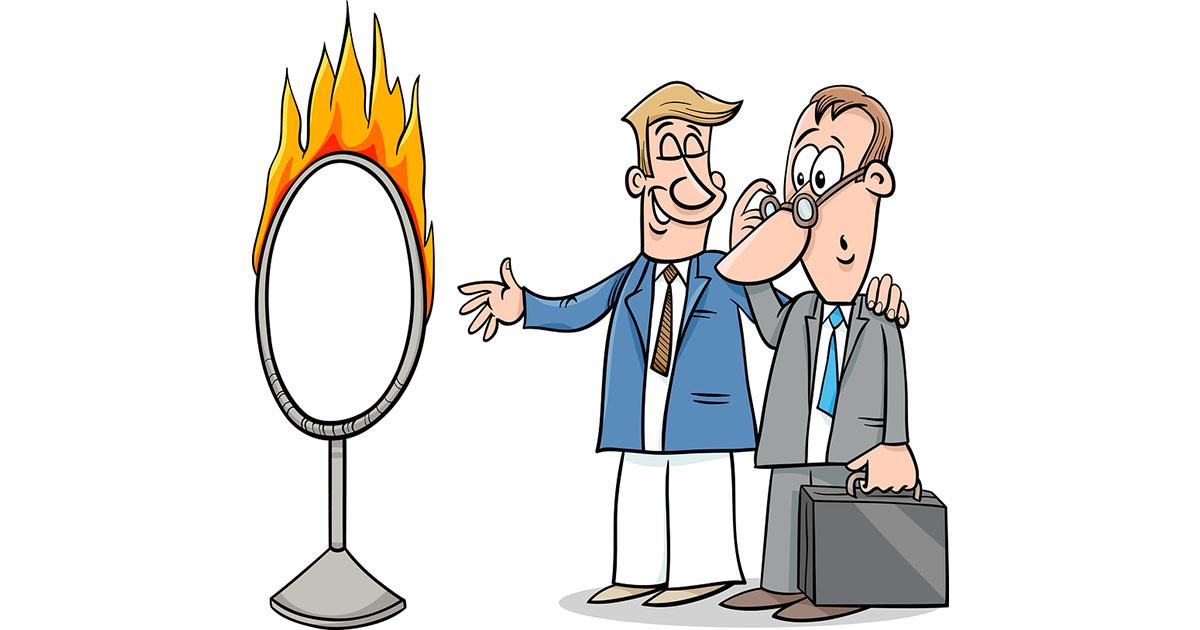 The president of Chapman University’s student government has vetoed a resolution condemning anti-Semitism that was passed by Student Senate last week without a single dissenting vote.

The “Resolution To Condemn Campus Anti-Semitism” called for the Student Government Association to adopt the U.S. State Department’s stringent definition of anti-Semitism, but SGA President Mitchell Rosenberg overturned the 8-0-3 vote in favor of the measure with a veto Monday evening.

“It concerns me that the president only voiced these opinions once the legislation was passed.”

Rosenberg outlined his reasoning in a lengthy veto statement, explaining that while he supports the substance of the resolution, there were procedural issues surrounding its passage that he felt prevented students from adequately weighing in on the matter.

“I am a proud Jewish student who condemns anti-Semitism vehemently,” he makes clear near the beginning of the statement, asserting that “this veto has little to do with the content of this resolution, and is more focused on the process by which this resolution came about.”

According to Rosenberg, “the members of SGA did not adequately reach out to the greater student body or student organizations” prior to voting on the legislation, “thus giving students no outlet to express their opinions, whether positive or negative.”

Moreover, he pointed out that a roundtable was held following the vote at which students agreed that certain revisions could be made, which necessitated his veto.

“To my delight, the students who crafted the resolution agreed, after speaking with other students that had concerns, that edits could be made to the bill to be more inclusive to other students who had differing opinions on language and no prior knowledge of this resolution,” he recounted. “In order to make any edits or have any further discussions on this specific resolution, it must be vetoed.”

“The reason for my veto does not have to do with whether I personally believe that students will or will not agree with the resolution,” Rosenberg told Campus Reform. “There was not adequate notification or publicity of the proposed resolution–and therefore not adequate participation for this to pass at this time.”

Rosenberg clarified, though, that the idea of revising the resolution to incorporate more “inclusive” language did not originate with him, saying, “These were suggestions made by students during that round table discussion, not comments made by me.”

He also reiterated that the veto “has little to do with the content of this resolution,” saying he fully expects a similar resolution to come before SGA next semester, and that he plans to support it while working to ensure that there is ample opportunity for student feedback.

However, Nicole Newman, president of the school’s Students Supporting Israel chapter, disputed Rosenberg’s assertions, claiming that the same resolution had been proposed in previous years and that Rosenberg should have provided new SGA members with advance guidance about the need for transparency.

“It concerns me that the president only voiced these opinions once the legislation was passed,” Newman told Campus Reform. “He knew these Senators were new; he could've have told them to do this before. I did bring up this exact resolution to the previous Senate's attention.”

Upon learning of the impending veto, Newman claimed that within 24 hours she was able to collect more than 120 student signatures for a petition supporting the resolution, arguing that the enthusiastic response underscores the importance of adopting an official stance against anti-Semitism.

“I do not think [Rosenberg] fully understood the impact this would have on the Jewish community at Chapman,” she remarked. “I know myself and some other peers have voiced concerns that with the legislation being vetoed other students will think being anti-Semitic is acceptable at Chapman.”