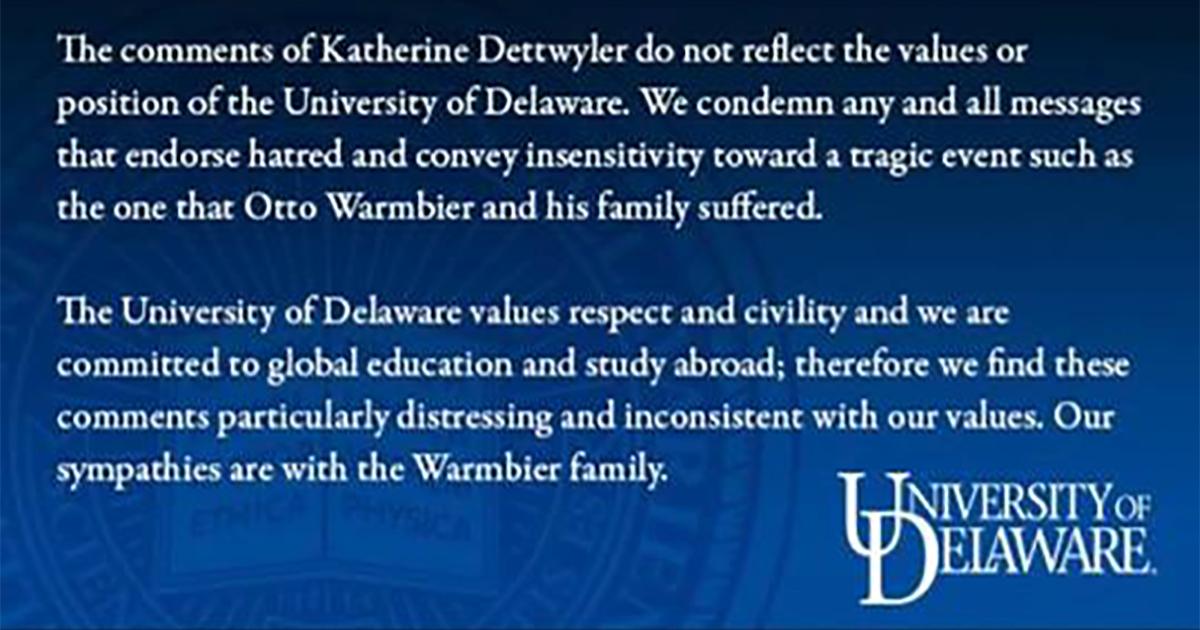 The University of Delaware has unequivocally condemned the adjunct professor who made the inflammatory declaration that Otto Warmbier “got exactly what he deserved.”

As Campus Reform originally reported, adjunct Anthropology Professor Katherine Dettwyler articulated those extraordinary sentiments in the comments section of a National Review article, part of which she reproduced in a post on her Facebook page.

"We find these comments particularly distressing and inconsistent with our values."

Dettwyler said that she was surprised of the footage that she saw of Warmbier crying when being at the hands of the North Korean government, suggesting that he should have expected the consequences that he was given.

When Dettwyler was criticized on what she had posted, she responded hastily, elaborating that, “I said Otto’s behavior is like the ‘white, rich, clueless males’...[who] think nothing of raping drunk girls at frat parties and snorting cocaine, cheating on exams, and threatening professors with physical violence.”

UDel responded to the controversy in a statement on Twitter Friday that strongly disavowed the professor’s posts.

“The comments of Katherine Dettwyler do not reflect the values or position of the University of Delaware,” the statement begins. “We condemn any and all messages that endorse hatred and convey insensitivity toward a tragic event such as the one that Otto Warmbier and his family suffered.

“The University of Delaware values respect and civility and are committed to global education and study abroad: therefore we find these comments particularly distressing and inconsistent with our values,” it concludes, adding, “Our sympathies are with the Warmbier family.”

Editor's note: This story has been amended since its initial publication.