The demonstration, held on the 50th anniversary of the assassination of Dr. Martin Luther King, Jr.,  was organized by the American Federation of State, County, and Municipal Employees (AFSCME) Local 3299, which described the event as a way to “honor MLK and carry that same fire of racial & economic justice as we turn up the heat on UC!”

At the time of his assassination, the event page notes, Dr. King “was in Memphis standing in solidarity with Black AFSCME sanitation workers fighting for fair wages, benefits, and the respect of their labor—a fight we’re still engaged in today.”

The Daily Californian reports that the protest in Berkeley attracted more than 400 students, university employees, and community activists. Among the notable participants was Berkeley Mayor Jesse Arreguin, who declared that “I came here today hoping to get arrested,” according to a tweet from Daily Cal reporter Shayann Hendricks.

AFSCME spokesman Todd Stenhouse told the Daily Cal that the protest was about “calling on UC to take a long, hard, humble look in the mirror and to address the systemic inequality that is pervasive across the system.”

AFSCME recently released a study purporting to validate its allegations of unequal pay, but UC spokesperson Claire Doan stated that UC could not confirm the accuracy of the report because AFSCME had not specified the source of its information.

The union also issued a press release claiming that the UC system has proposed pay cuts for frontline staff and outsourcing jobs to low-wage contractors, to which Stenhouse added that UC has also proposed wage freezes.

Demonstrators chanted “Equal pay for equal work! If we don’t get it, shut it down!” before shutting down the intersection of Telegraph Avenue and Bancroft Way, where they continued chanting as they sat down in a circle in the center of the intersection to hear local mayors and California Assembly representatives deliver speeches.

Oddie, who spoke first on pay equality, concluded his remarks with a “unity clap,” after which Pineda took the floor to proclaim that Assemblyman Thurmond’s office stood in solidarity with the demonstrators, whom he thanked for “taking the time” to participate in the demonstration that was blocking a crowded intersection.

Mayor Arreguín then delivered remarks while wearing a poster across his chest with the words “I AM,” informing the crowd that he had been “hoping to get arrested” but also urging the protesters to abstain from violence.

The crowd cheered as he proudly proclaimed that he was arrested six years ago in a previous AFSCME protest, after which he scolded the university for not raising its employees’ wages.

“Shame on UC,” Arreguín declared, assuring the crowd that the city of Berkeley proudly stood in solidarity with them and adding that "Without worker justice, there can be no racial justice."

Dominick Williams, a UC Berkeley student government official who attended the demonstration, produced a livestream video of the proceedings in which he attempts to explain the protest to a curious passerby.

“Black women and women of color are currently getting paid less than white men at this university,” he remarked. “That’s why we are out here creating a ruckus, you know, trying to get people to understand and really pay attention.” 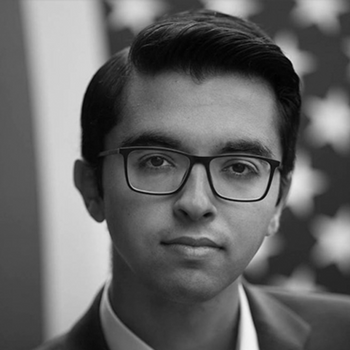