Georgetown students want 'sanctuary campus' for protesters, but not police

Georgetown University students want the campus to be “open to protesters and closed to external police or security forces.”

The students called for the university to "cease all relationships with any police department." 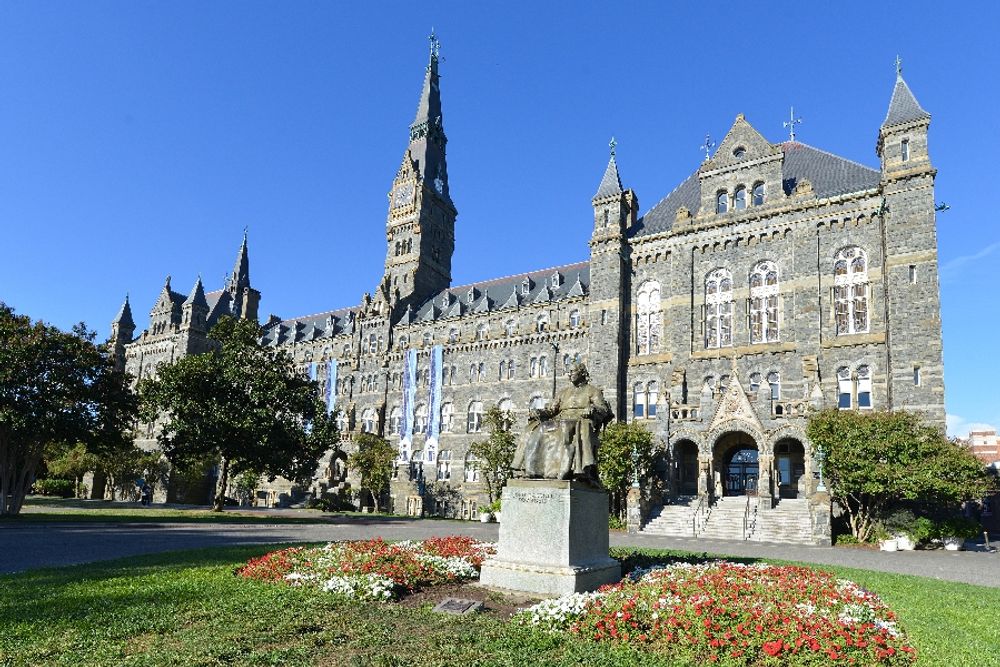 Georgetown University students created a petition demanding that the school become a sanctuary campus for protesters.

The GUSA and The Corp, a student group made “to assert and protect the inherent rights of its members [students] and the community," joined together to “urge the university to establish Georgetown’s main and downtown campuses as sanctuary spaces.” These areas would be “open to protestors and closed to external police or security forces.”

Georgetown allowed protesters on its campus “in the aftermath of the May Day protests of 1971.” The petition states that Washington, D.C.'s Metropolitan Police Department “stormed campus without the written consent of the university” and protesters were “inundated with tear gas and driven onto our grounds.” These events left students with “eroded trust” of the “university’s leadership and their willingness to allow MPD on campus.”

It gained further support at a Georgetown University Student Association Senate meeting. The senate unanimously passed a resolution that Georgetown adhere to the demands in the petition. A sanctuary campus is needed, the resolution states, because “students of color, feel uncomfortable and unsafe” around police forces, and they often have a “fear of retaliation or intimidation.”

The petition reads that Georgetown must protect students and protesters from “the uncertain and potentially dangerous response of local and national authorities.” These “external authorities” will likely suppress the First Amendment rights of those protesting, and “the violence will likely be disproportionately realized by Black and Brown communities.”

Georgetown University is “an institution historically contributing to the brutality of slavery.” The GUSA and The Corp want Georgetown to fight for racial justice and “establish its campus as a sanctuary—free from the real and anticipated violence of external police.”

Georgetown University did not respond to Campus Reform's request for comment.

Lacey Kestecher is a New York Campus Correspondent, reporting on liberal bias and abuse on college campuses for Campus Reform. She is originally from Asbury, New Jersey and currently studies Business Administration and Finance at Binghamton University in Binghamton, New York. On campus, Lacey is the Founder and President of Turning Point USA and Vice President of the College Republicans. Lacey also serves as the Social Media Speciali...