A University of Wisconsin-Platteville professor criticized President Donald Trump for being courteous to the final presidential debate’s moderator. 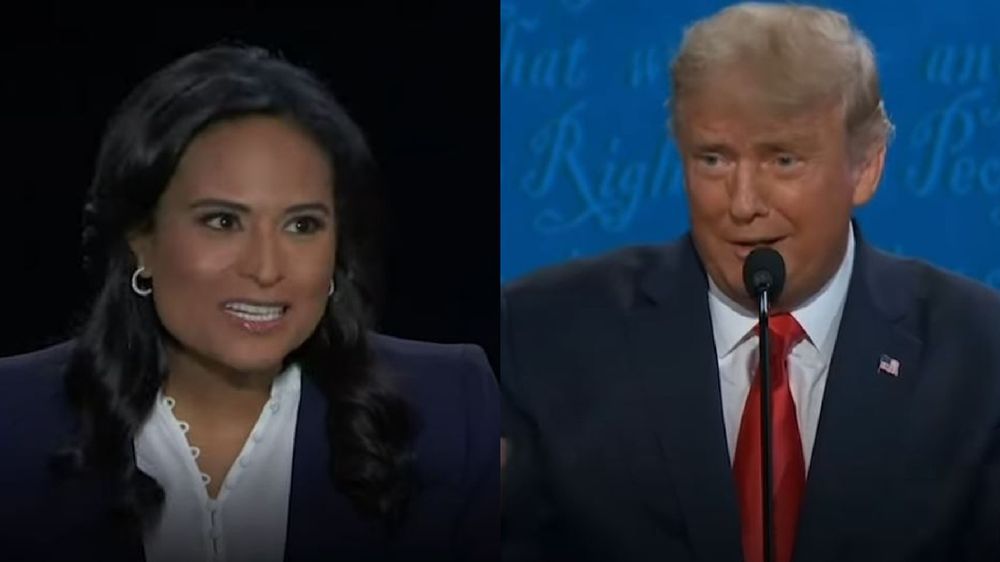 Elizabeth Schmitt, a political science professor at the University of Wisconsin-Platteville criticized President Donald Trump for being courteous to the final presidential debate’s moderator, Kristen Welker of NBC News.

“The patronizing ‘I respect your handling of this’ from Trump is cringe worthy,” Schmitt wrote. “Would not be happening to a male moderator. It’s the ‘oh honey you’re trying’ of politics.”

The patronizing “I respect your handling is this” from Trump is cringe worthy. Would not be happening to a male moderator. It’s the “oh honey you’re trying” of politics. #GenderLens2020

Notably, Trump criticized Chris Wallace of Fox News when he hosted the Sept. 29 debate, tweeting that Wallace was a "total JOKE."

“Trump calls @AOC by AOC not her name,” said Schmitt. “Mistake repeated just like Pence in the last debate #genderlens2020.”

Trump calls @AOC by AOC not her name. Mistake repeated just like Pence in the last debate. #genderlens2020

According to her personal website, Schmitt strives “to include course material from an equal spread of male and female scholars, and also work to highlight under-represented voices, such as queer scholars or intersectional scholars.”

A Salem College professor, Spring-Serenity Duvall, agreed with her, stating that she "cringed" when President Trump made the comment.

“I cringed so hard... it was so condescending and unnecessary," she said.

I think someone told him to thank people tonight

Campus Reform reached out to Schmitt for comment and will update this article accordingly.