One University of North Carolina Wilmington professor posted on his personal Facebook page 'Blow Up Republicans.'

A former student told 'Campus Reform' that she doesn't feel like the situation is being handled properly.

One University of North Carolina Wilmington professor posted on his personal Facebook page "Blow Up Republicans."

Dan Johnson, an associate professor in the UNCW School of Health and Applied Human Sciences posted the Facebook post containing, "Blow Up Republicans," on May 17.

The post has since been deleted, but multiple students have confirmed its validity to Campus Reform. 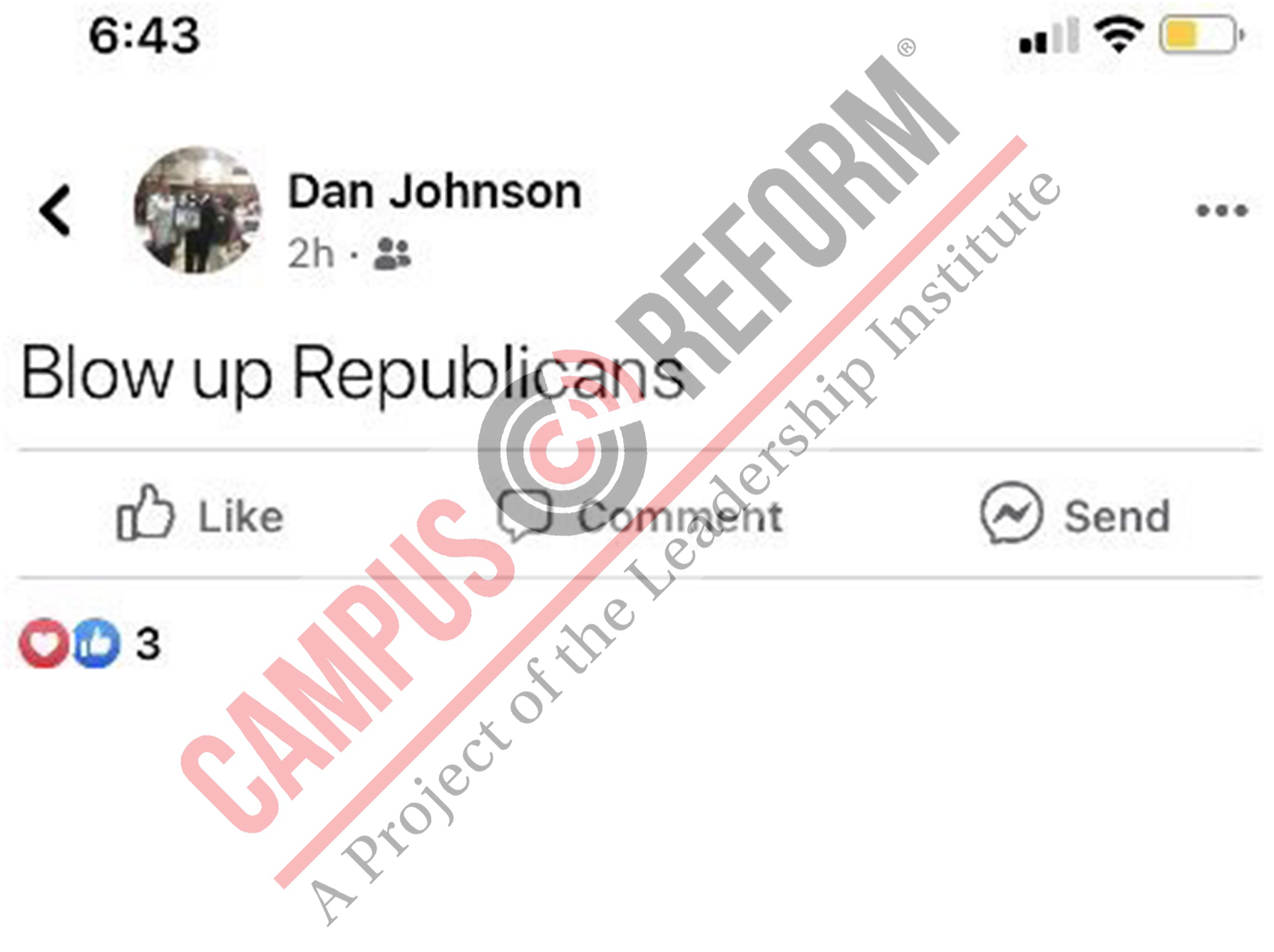 On May 19, the professor then posted that it was "Time for my summer break from Facebook. 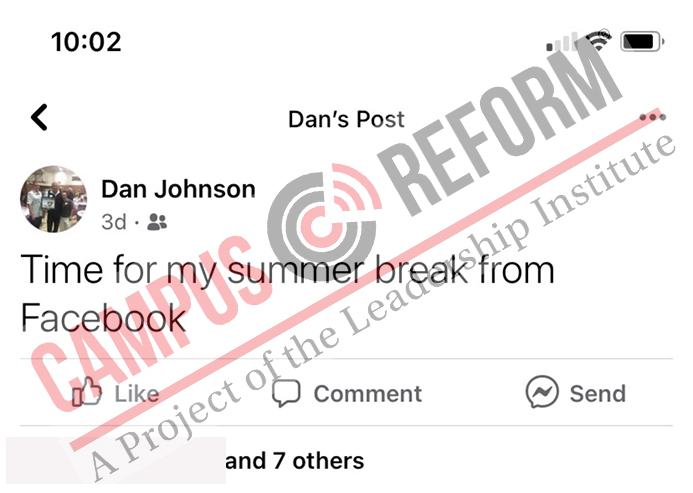 Andrea Monroe Weaver, the interim communications officer for UNCW, told Campus Reform that "The university was made aware of the post and has appropriately addressed it."

The university later confirmed to Campus Reform that Johnson will be teaching in the fall semester.

However, one former student of Johnson's, Haylie Davis, told Campus Reform that she doesn't feel like the situation is being handled properly.

"Putting away any personal political preference aside, I think this matter should be addressed and dealt in the same manner that it would be if the word 'Republican' was replaced with any other word. If the post stated 'Blow up women,' 'Blow up homosexuals,' 'Blow up Catholics,' etc," Davis said.

Davis told Campus Reform that she didn't think it was appropriate for Johnson to make a post like this as a professor at UNCW.

"He not only represents a major university in the state of North Carolina, but he also represents a program of the university that prides itself in inclusivity," Davis said. "That statement is not something that represents an inclusive and accepting environment. In his position, political preference should not be expressed in such an aggressive manner that lacks the 'empathy' that is expected and valued in today’s society and on college campuses."

Campus Reform reached out to Dan Johnson for comment, but did not receive a response.