The University of Wisconsin system put a free speech survey on pause after university chancellors argued that the survey was too politically charged and controversial.

The Wisconsin survey is similar to the one mandated at Florida's public universities.

Trending
1
Fat studies is the field that teaches students to view obesity as 'oppression'
By Abigail Streetman  '22
2
OU prof responds to FIRE: Speech in classroom is 'different than freedom of speech'
By Ben Zeisloft
3
Universities silent on moving tampons out of men's bathrooms during nationwide shortage
By Kate Anderson
4
EXCLUSIVE: Students' organization name denied in May based on April rules, conservative…
By Terrance Kible  '24
5
Health expert criticizes Harvard prof's study on 'health behaviors' in Republican count…
By Kate Anderson
6
Ilya Shapiro speaks out after resigning from Georgetown
By Logan Dubil  '23
Claire Goodman '25 | New Mexico Campus Correspondent
Monday, May 16, 2022 7:30 PM

The University of Wisconsin (UW) system put a free speech survey on pause after university chancellors argued that the survey was too politically charged and controversial.

Interim Chancellor of UW-Whitewater James P. Henderson resigned in wake of the controversy and wrote in his resignation letter that he didn't feel he could continue the position "given the events of the past week," the Chronicle of Higher Education reports.

The poll, which was intended to begin circulating amongst students on Apr. 7, will be postponed to the fall 2023 semester.

[RELATED: POLL: 1 in 5 Idaho students feel 'shamed or bullied' for their views]

UW Director of Media Relations Mark Pitsch confirmed the timeline to Campus Reform and provided an email from leading researcher Tim Shiell that announced the delay.

Shiell is a professor of philosophy at UW-Stout. 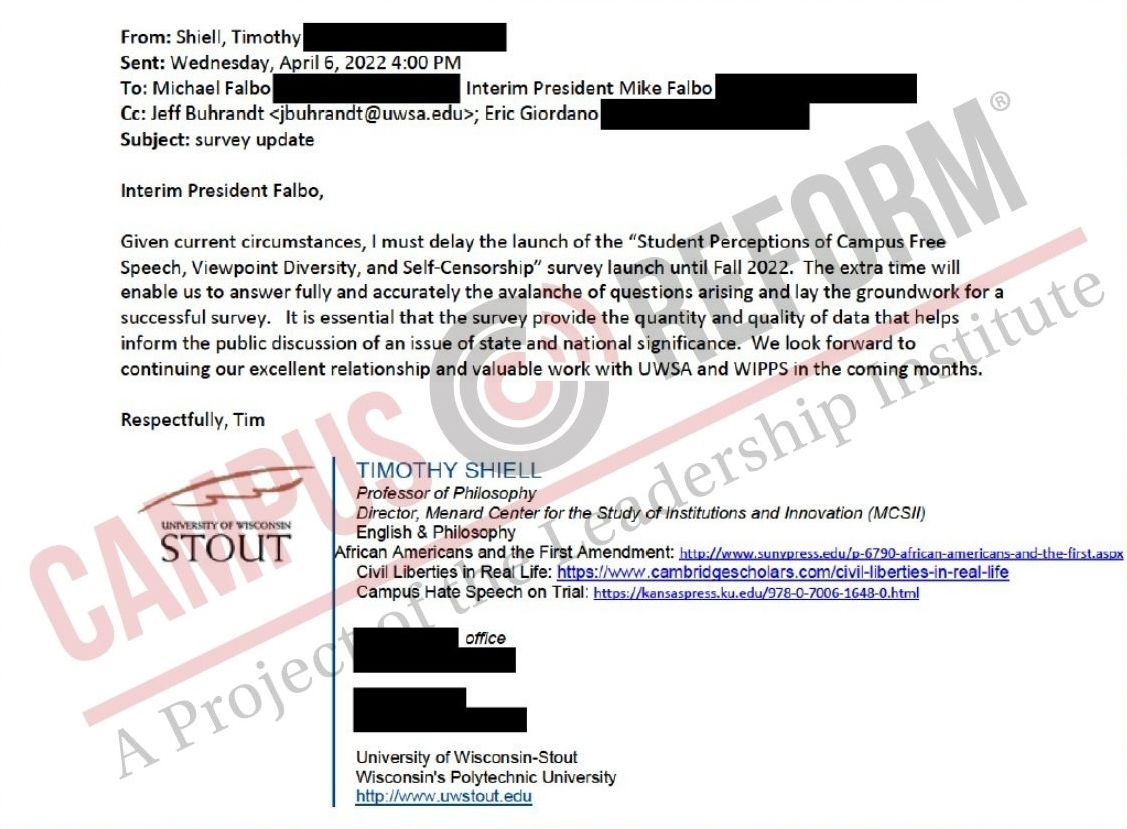 "Given the current circumstances, I must delay the launch of the 'Student Perceptions of Campus Free Speech, Viewpoint Diversity, and Self-Censorship' survey launch until Fall 2022," the email reads. "The extra time will enable us to answer fully and accurately the avalanche of questions arising and lay the groundwork for a successful survey."

According to Shiell, it is "essential" that the survey be able to accumulate "the quantity and quality of data" to help steer the national discussion of the state of free speech on college campuses.

The survey aimed to uncover the free speech climate on campus.

The 11-page survey asked students to provide information about their beliefs and experience concerning free speech on campus.

The Wisconsin survey is similar to the one mandated at Florida's public universities.

In April, Campus Reform reported that the United Faculty of Florida demanded that faculty and students ignore the survey, arguing that it is "unconstitutional."

Campus Reform contacted every organization and individual mentioned for comment. The best attempt was made to contact Henderson. This article will be updated accordingly. 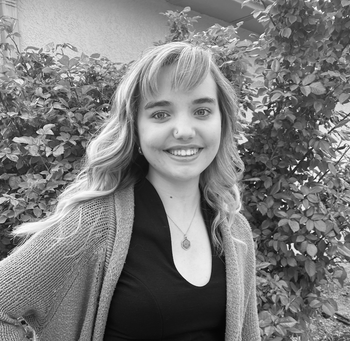 Claire Goodman is a New Mexico correspondent. She attends New Mexico Institute of Mining and Technology and is graduating with a major in biomedical sciences. Claire is also a member of TPUSA.