The ruling followed a challenge to a Biden administration mandate which required doctors to conduct transgender health services.

A federal district court in Texas ruled against a Biden administration attempt to equate “sex” with “gender identity" in Title IX.

The ruling, issued Nov. 11 in Neese v. Becerra, determined that “sex” could not be be construed to include “gender identity” or “sexual orientation,” a move the administration recently attempted to solidify by revising Title IX.

The court ruled that Title IX’s legal protection centered around the understanding of the word "sex" as defined when Title IX was passed.

“Title IX operates in binary terms- male and female- when it references ‘on the basis of sex,’” the text reads.

The mandate relied heavily on Title IX, which prohibits discrimination based on sex. The administration, however, interpreted the text to include transgender individuals.

It also pulled from the 2020 case Bostock v. Clayton County where the supreme court ruled “firing an individual merely for being gay or transgender” violates title VII protections.

The court dismissed Bostock’s relevancy by stating it does not apply to Title IX.

Alliance Defending Freedom, a legal organization dedicated to protecting “religious freedom, free speech, the sanctity of life,” among other issues, filed an amicus brief which argued against the Biden administration’s interpretation of Title IX.

The amicus brief argued in part that because Biden reinterpreted sex to include sexual orientation and gender identity, then female athletes would now be forced to compete with men on women’s sports teams.

ADF legal counsel Rachel Csutoros stated in a Aug. 8 press release that “female athletes…deserve to compete on a fair and level playing field with other women.”

Campus Reform contacted the Department of Education and ADF for comment. This article will be updated accordingly. 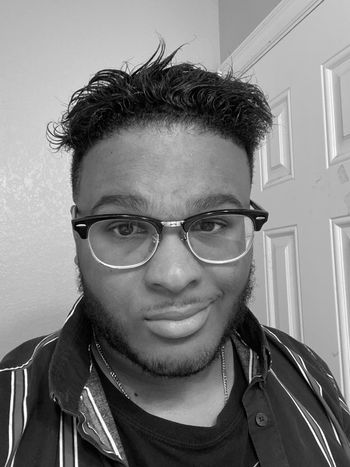 Myles Pound is a junior at Lone Star College Kingwood in Texas. He is majoring in psychology, planning to work towards a doctorate in clinical psychology, and is wanting to become a clinical psychologist. Myles is hoping to be a trailblazer in the community as a leader in the new Turning Point USA chapter at his campus. Along with psychology; Myles is also working towards becoming a published novelist.