Students for a Democratic Society held a pro-LGBT, pro-abortion protest at the University of Texas at Austin

Campus Reform obtained exclusive photos and videos of the protest.

Students for a Democratic Society (SDS), an organization at the University of Texas at Austin (UT Austin), hosted a protest on October 27 demanding that the university “[become] a sanctuary campus for trans youth,” “make gender studies an actual department,” and provide “free period hygiene products on campus.”

Campus Reform obtained exclusive footage and photos from the protest. 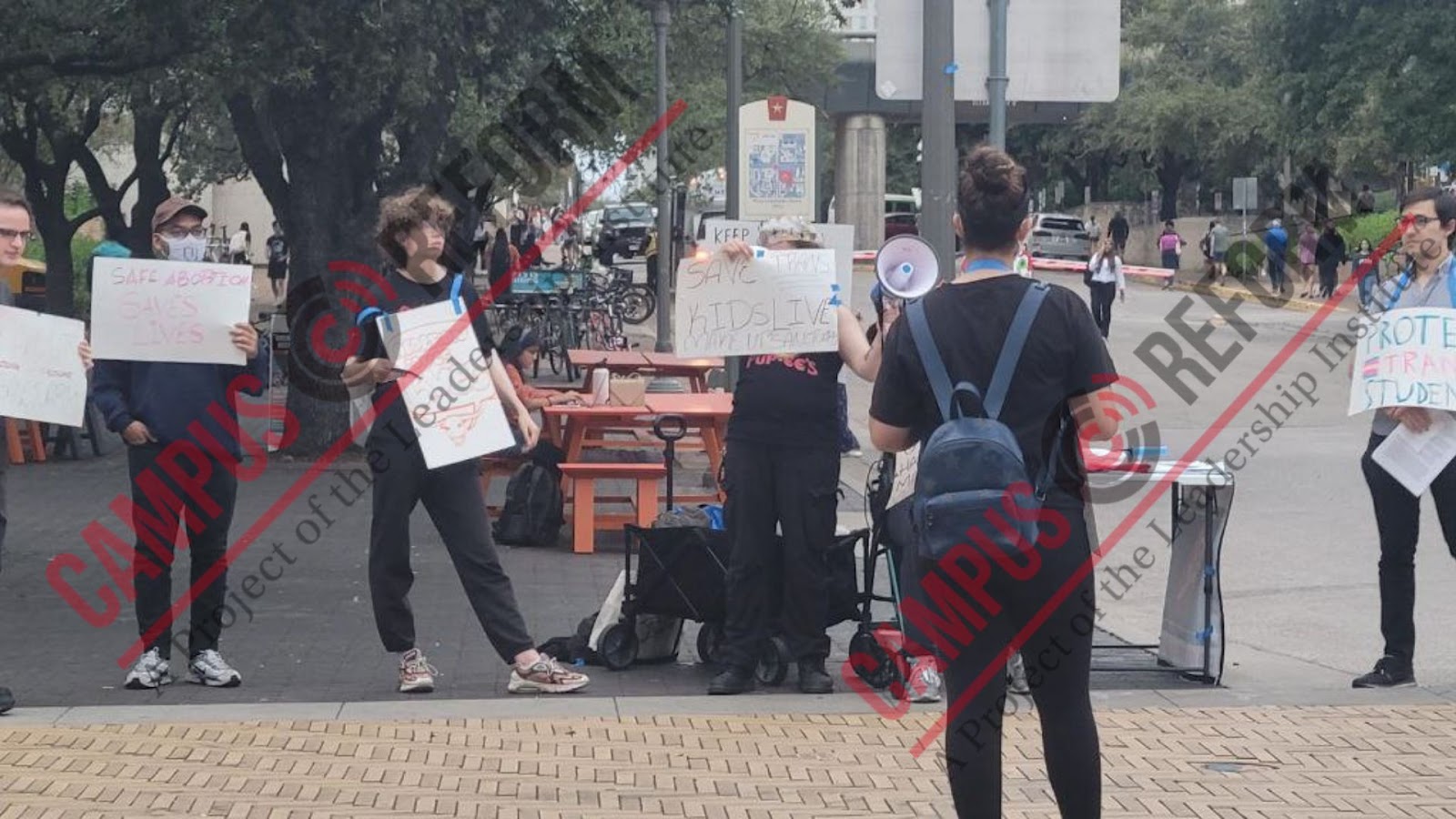 The protest consisted of only around six protesters. One protester, a young lady who was wearing what appeared to be a Burger King crown, explained, "I go by they/them pronouns, I'm gender fluid with several disabilities," adding, "oh, I'm also autistic."

The protest continued with several chants, including "What do we do? Stand up; fight back - when trans rights are under attack!"

The group has been active in protesting other issues recently, as well.

This week, SDS observed a “national day of action against the national ‘Don’t say Gay’ bill” by assembling once again. In an Instagram post, protesters can be seen holding signs reading “STOP the National Don’t Say Gay Bill–We Say Gay,” “Defend Gay and Trans Youth,” and “Say No to Transphobia.”

The bill referred to, currently being considered in the House, is called “The Stop the Sexualization of Children Act,” and would prevent schools that receive federal funding from teaching sexual content, or content related to gender ideology, to young children.

Campus Reform has contacted all relevant parties and will update accordingly. 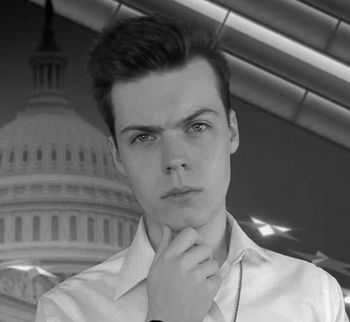 AJ Willms is a political activist, organizer, and content creator. He goes to University of New Hampshire. AJ leads National Traditionalism, which focuses on unifying the nation and restoring traditional morality to society. He is most well known for his political commentary on TikTok.