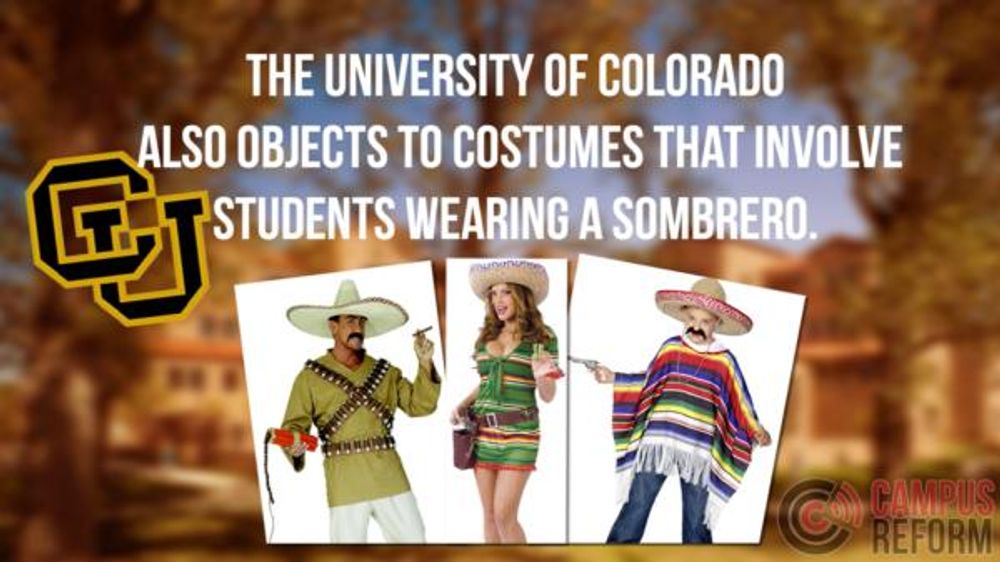 The University of Colorado posted a website notification discouraging diversity of costumes due to the potential of “inaccurate and hurtful portrayals of other peoples' cultures in the CU community.”

Earlier this month, officials at the University of Minnesota issued a letter warning against distasteful Halloween costumes.

Campus Reform recognizes how confusing these suggestions can be. Offensive content is very subjective.

So we decided to issue a guide for students to navigate the murky waters of what is and is not politically correct this Halloween.