The UC student-worker union wants the AFL-CIO, a federation of labor unions, to end its affiliation with the International Union of Police Associations (IUPA).

A letter written by United Auto Workers Local 2865, the UC student-worker union, to the AFL-CIO claims that police officer unions inherently do not represent the interest of workers, and therefore the AFL-CIO must break ties with them.

“Historically and contemporarily, police unions serve the interests of police forces as an arm of the state, and not the interests of police as laborers,” the students write. “Instead, their ‘unionization’ allows police to masquerade as members of the working-class and obfuscates their role in enforcing racism, capitalism, colonialism, and the oppression of the working-class.”

Though the students concede that police are technically workers and could be “subject to the same kinds of exploitation” other laborers allegedly face, they are also “the militarized, coercive arm of the state.”

Particularly, the students argue that cops uphold racist policies by “lobbying to oppose independent oversight by civilians and other governmental entities,” “[c]ampaigning for political actors who support limited police accountability,” and “[d]efending officers’ crimes of racist brutality in court.”

The letter singles out the Baltimore, Maryland Police Department for castigation, arguing that the death of Freddie Gray while in police custody and allegedly systemic defense of cops accused of misconduct “maintain the status quo of racial violence that upholds the exploitation of Black communities in particular, as well as other communities of color.”

“We recognize that these are not isolated incidents, but arise from a long history of policing as a profession. Police unions in particular emerge out of a long history of police intervention in labor politics and its complicity in racial violence,” the letter states. “The modern U.S. institution of the police has roots in the repressive demands of powerful white capitalists. Overseers and slave patrols in the South evolved alongside the growing need to maintain ‘order’in early urban areas in the North. In fact, armed ‘night watches’mirrored policing practices by being a front line of defense against Native American raids on colonies.”

The letter goes on to argue that “[p]olicing in the U.S. has always served the needs of colonialism, racism, and capitalism” because it protected the “property of those who would steal land and exploit the labor of others.”

“Maintaining this system of relations is the so called ‘order’that police have sworn to defend.”

The letter finishes by arguing that, “[a]s Shawn Gude recently put it, to become agents of progressive change and labor solidarity, police unions would need to work actively to negate their own power and abolish the police. We endorse this position, and call on the AFL-CIO to do so as well.”

According to the Daily Californian, the letter was presented to the AFL-CIO by the Black Interests Coordinating Committee, part of the union formed in response to the Black Lives Matter movement.

Dennis Slocumb, the legislative director of the IUPA, responded to the letter by saying it was hard to take it seriously. Not only did the letter call for abolishing police, he said, it singled out IUPA when the AFL-CIO affiliates with several other unions that represent cops, such as the American Federation of State, County and Municipal Employees.

IUPA will not be offering a response to the letter, Slocumb said. 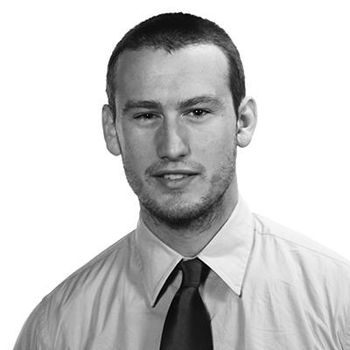