Faculty members at Eastern Michigan University held a rally Wednesday to protest racism after a campus building was vandalized with graffiti saying “leave n******,” but the demonstrators wanted nothing to do with one student wearing a Trump hat, which they called "inappropriate" and "racist."

This is the third incident this semester of a racial slur written on an academic building at EMU, prompting an email to the student body from Media Relations Director Geoff Larcom urging attendance at a faculty-sponsored rally outside Ford Hall, the site of the most recent graffito.

“Let’s meet outside Ford Hall at 11 a.m. to witness and protest racism on campus, and to support Black students and colleagues as well as other affected members of the university community,” the message states. “Please wear black to show solidarity and demonstrate unity.”

During the rally, faculty and staff addressed the question of “What are you doing in the classroom to teach that Black Lives Matter?” Respondents were given a megaphone and time to answer this question, which was recorded via Facebook Live by The Eastern Echo.

“What I am doing in class,” said social work faculty member Perry Silverschanz, “is telling my white students and students who appear to be white regardless of how they identify, that if they don’t make themselves visibly known as an ally they will be seen as not an ally.”

Towards the end of the rally, Devin Gissendaner, a 16 year-old student who is part of EMU’s high school program, was verbally attacked by EMU art faculty member Amy Sacksteder for wearing a “Make America Great Again” hat, which Sacksteder told him was racist, adding that the opinions he was representing had no place at this rally.

Despite the administration urging the entire student body to come to the rally to protest racism in the email, many of those in attendance, including Sacksteder, instructed Gissendaner that he needed to leave because his apparel represented racism.

“They said to my face that I wasn’t welcome at the protest and that I’m racist,” Gissendaner told Campus Reform. “Students told me to take off my hat because it wasn’t the appropriate place or time to wear it.”

The November 2 rally was explicitly described as a supplement to the “Day Long Teach-In On Racism, Diversity, and Inclusion” scheduled for Nov. 14, which is being sponsored by the EMU Faculty Senate with the support of the Student Government and university administration. The teach-in is not mandatory, but the Faculty Senate is encouraging all students and faculty to participate.

According to Larcom’s email, the faculty-sponsored rally was originally slated for a different date, but was moved up in response to the latest graffiti incident, which also provoked a student-led demonstration the previous night.

According to the Echo, students gathered at the Student Center shortly after midnight for a sit-in to protest a perceived lack of action from administrators, occupying the facility until 6:00 a.m., long past its 1:00 a.m. closing time.

Campus police declined to take action to remove the protesters, but did warn them that officers would be reviewing security camera footage and pursuing criminal trespassing charges, prompting more than half of the roughly 200 students in attendance to abandon their enterprise.

The university is calling the graffiti messages acts of hate speech, and is offering a $10,000 reward for anyone who can provide information about the perpetrator(s) of the latest incident. 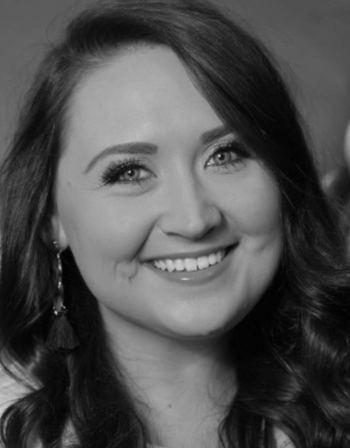 Lauren Houck is the Director of Communications for Governor Eric J. Holcomb. Previously, she was the Press Secretary of Michigan's Attorney General and Michigan Campus Correspondent. Lauren graduated from Eastern Michigan University.