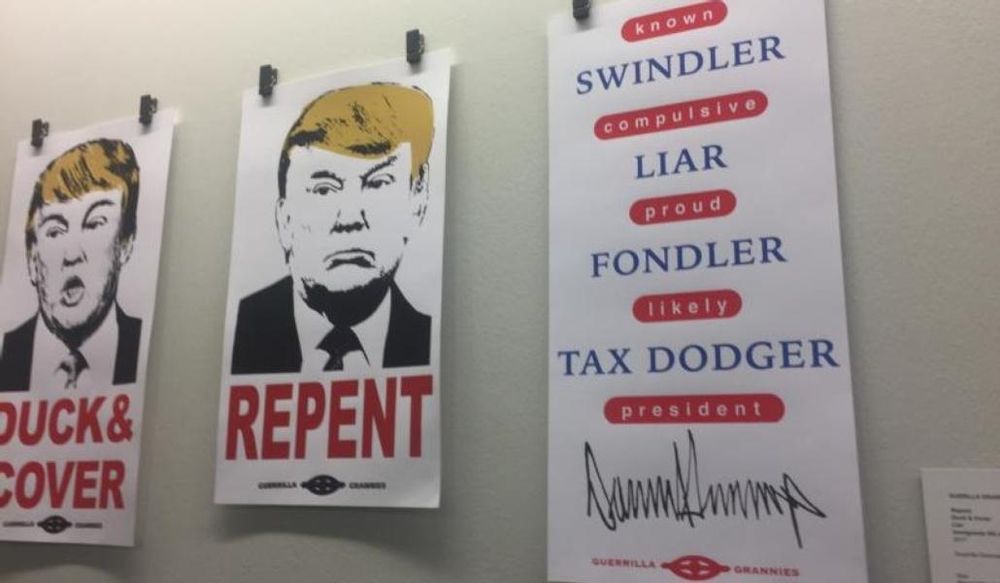 The Marriott Library at the University of Utah is displaying a traveling social justice exhibition in conjunction with the College Book Art Association (CBAA) until the end of the semester.

The CBAA organized the “Rising Together: An Exhibition of Zines, Artists’ Books and Prints with a Social Conscience” to go on an exhibition tour from 2018 to 2021. Besides the University of Utah, it will also be shown at the University of Iowa, the ArtCenter College in California, the University of Puget Sound in Washington, and other schools.

The artwork included books, prints, and zines with a social justice focus. Some of these included displays of President Donald Trump with the labels “compulsive liar” and “likely tax dodger” and a University of Utah Students for a Democratic Society booklet entitled “Fighting for Progress in the Trump Era."

The display also featured souvenirs from the Women’s March and March for Our Lives, as well as a “Pussyhat” poster that quoted former President Barack Obama with “the single most powerful word in our democracy is the word ‘We’. ‘We the People,' ‘We Shall Overcome,' and ‘Yes, We Can.'"

NOVA Southeastern University performing and visual arts professor Tennille Davis Shuster reacted to the 2016 election and Donald Trump’s “thoughtless and divisive public statements" in an art book display entitled “The Party’s Over." Shuster hopes the display will generate book sales and will donate the profits to groups like Planned Parenthood, Everytown for Gun Safety Action Fund, and the Center for Reproductive Rights.

The CBAA is a nonprofit organization with a mission to “support and promote book art education by fostering the development of its practice, teaching, scholarship, and criticism.” It aims to teach book arts at the college level while supporting all levels of education. The president is Bridget Elmer, who works at the Ringling College of Art & Design.

“It’s funny it’s called the 'Rising Together' exhibition when it alienates an entire group of students based off who they voted for,” University of Utah student James Nielsen told Campus Reform.

“This exhibition is clearly designed to wrongfully paint all conservatives, Trump supporters, and law enforcement as threats to women and minorities," Nielsen continued. "This only stokes division and does not cultivate legitimate and much-needed debate over the issues facing our nation.”

“The call for work was broad, asking book artists to give voice to issues of social justice, politics, and environment, as well as an extended opportunity to demonstrate the broader community that artists' books are powerful agents in effecting positive social change,” she said.