Hawley, Jordan team up to block coronavirus aid from going to rich colleges 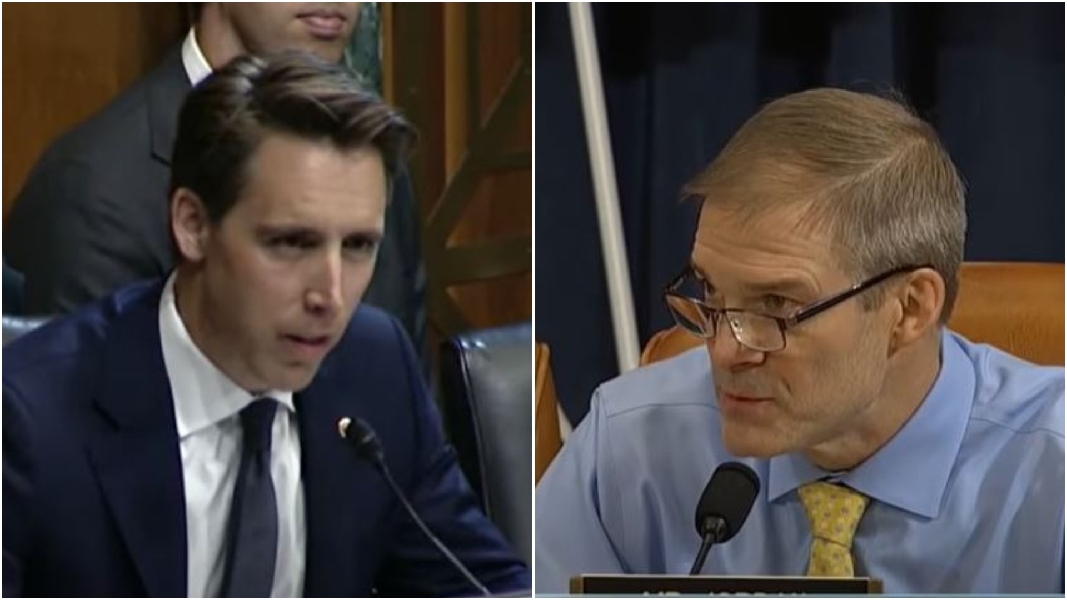 In a tweet, Hawley said he would introduce legislation preventing the Department of Education from disbursing federal aid to schools with “massive endowments” unless the schools spend some of their endowment funds on their recovery.

“I’m tired of hearing from university execs that “it wouldn’t be prudent” to tap their endowments in this crisis,” Hawley added. “Fine. But don’t come begging federal taxpayers for money while you sit on billions in endowment funds and students suffer.”

Jordan later responded to Hawley’s announcement and offered his help to introduce a companion bill in the House of Representatives.

“Great idea, Senator,” Jordan wrote. “Sounds like you need a House companion bill. Happy to work with you.”

“Let’s do it,” Hawley then replied to Jordan.

Since then, a number of other U.S. senators have signed on to co-sponsor the bill. In a press release, Hawley’s office stated that Senators Marsha Blackburn (R-Tenn.), Marco Rubio (R-Fla.), and Martha McSally (R-Ariz.) have co-sponsored the bill. Rep. Ben Cline (R-Va.) also joined Jordan in co=sponsoring the corresponding House legislation.

The press release also specified that universities would be blocked from receiving CARES Act funding if their endowments exceed $10 billion.

“The wealthiest colleges and universities in the U.S., which are sitting on tens of billions of dollars in endowments, but extending a hand to federal taxpayers for relief funding need a reality check,” Rubio said. “The unprecedented coronavirus pandemic plaguing our nation has impacted millions of Americans — including students — who desperately need help to weather this storm. When there is a finite amount of money available for students, Congress should ensure aid is going to those who need it most, and I’m proud to join my colleagues in this effort to do exactly that.”

As Breitbart  pointed out, Education Secretary Betsy DeVos recently said “wealthy institutions” do not “need or deserve” taxpayer-funded aid. She said such colleges and universities should not apply for CARES Act funds.

“Congress required by law that taxpayer Emergency Relief funds be given to all colleges and universities, no matter their wealth,” DeVos said. “But as I've said all along, wealthy institutions that do not primarily serve low-income students do not need or deserve additional taxpayer funds. This is common sense. Schools with large endowments should not apply for funds so more can be given to students who need support the most.”

Harvard, Yale, and Princeton are just some of the schools that eventually announced they would not accept CARES Act funding after public pressure from the media, lawmakers, and even President Donald Trump.

Per the Library of Congress website that tracks introduced legislation, Congress.gov, the bill had not been introduced by the time of publication.

Campus Reform reached out to Senator Hawley for comment but received no response in time for publication.