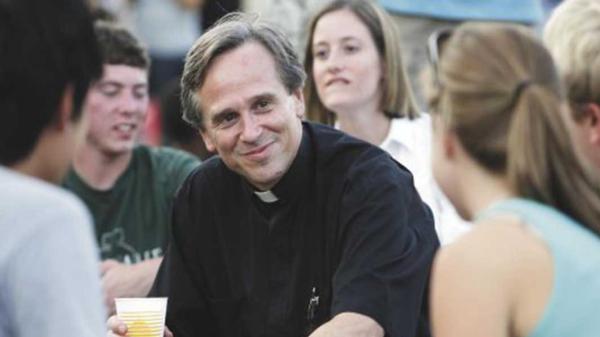 The president of Catholic University of Notre Dame, who is also an ordained priest, said he thinks the creation of a new GLBTQ group on campus will do great things for the university he leads.

“The creation of the GLBTQ group [Prism-ND] is a big step forward,” Father John Jenkins told The Observer, the college’s official student newspaper.

The GLBTQ group is the result of Jenkins’s 2012 request for a “review of the structures and services currently provided to GLBTQ students and their allies by the University,” according to an official college website describing the plan for the group.

The plan also cites the school’s Catholic affiliation as a foundation for the group.

“Its explicit Catholic heritage, as well as its origin and tradition as an institution of the Congregation of Holy Cross, calls the University to cultivate the love of God and of neighbor in all its members,” it states.

“The University of Notre Dame states that its goals and objectives, as well as its programs and initiatives, are consonant with the teachings of the Roman Catholic Church,” it continues.

Jenkins made a commitment to increasing diversity on campus when he announced formation of the President’s Oversight Committee on Diversity and Inclusion on Sept. 10.