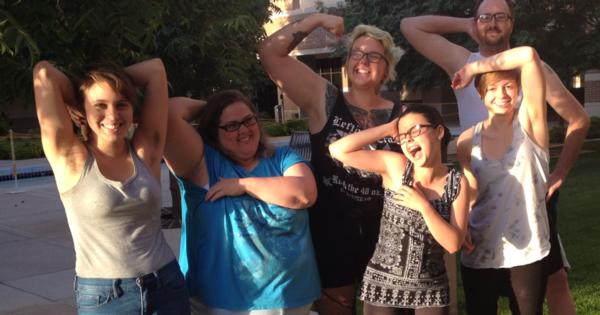 Female Arizona State University students can receive extra credit for defying social norms and refusing to shave for 10 weeks during the semester.

Women and Gender Studies Professor Breanne Fahs, encourages her female students to cease shaving their underarms and legs during the semester and document their experiences in a journal.

"One guy did his shaving with a buck knife."

Student Stephanie Robinson said it was a “life changing experience.”

“Many of my friends didn’t want to work out next to me or hear about the assignment, and my mother was distraught at the idea that I would be getting married in a white dress with armpit hair,” Robinson told ASU news.

Men are also allowed to receive extra credit, as long as they shave their bodies from the neck down.

“One guy did his shaving with a buck knife,” Fahs said. “Male students tend to adopt the attitude of, ‘I’m a man; I can do what I want.”

As the Director of the Center for Feminist Research on Gender and Sexuality Group at ASU, Fahs has been very active in women’s issues. Her academic journals have been published in outlets such as Feminism & Psychology, Psychology of Women Quarterly and Gender and Society. She has also authored books including Performing Sex, Moral Panics of Sexuality and her newest biography on the life of radical feminist and attempted assassin, Valerie Solonas.

Participant and student Jaqueline Gonzalez said the experience allowed her to start on a path of activism.

“The experience helped me better understand how pervasive gendered socialization is in our culture. Furthermore, by doing this kind of activist project I was no longer an armchair activist theorizing in the classroom.” she said. “So much is learned by actually taking part in the theory or idea we learn in the classroom, and we could benefit from this type of pedagogy being taken up by similar classes.”