STUDY: Fathers who call their daughters 'princess' are sexist 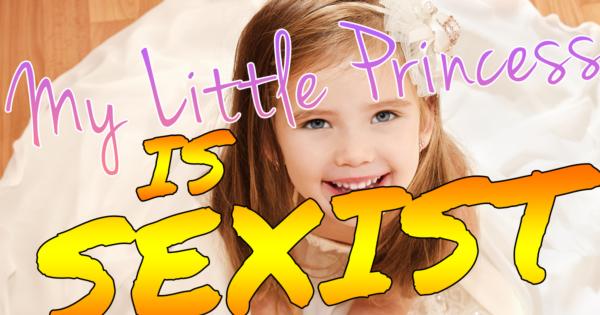 Calling all fathers: if you have a daughter and have called her “princess” or treat her like one, you are sexist and inhibiting her ability to be an independent and self-reliant woman, according to a study released by two psychology professors at Marquette University.

Similarly, if you are a daughter and allow someone to call you princess or accept special treatment, you are also sexist.

"I would encourage people to pay attention to their habitual way of thinking … and to ask themselves whether their gendered habits limit them in fully developing their potential and the potential of those around them."

Professors Stephen Franzoi and Debra Oswald lay out these extensive claims in their article “Experiencing Sexism and Young Women’s Body Esteem,” written by the duo back in 2012. Two years later, their study is gaining recognition thanks to their recently publicity on the website Medium.

Franzoi and Oswald’s studies suggest that “young women’s body esteem is affected by hostile or even ‘benevolent sexism’ from family members in everyday experiences.” They claim family dynamics that appear outwardly positive to the general population can actually be a form of discrimination that undermines gender equality.

“I would encourage people to pay attention to their habitual way of thinking … and to ask themselves whether their gendered habits limit them in fully developing their potential and the potential of those around them,” Franzoi said.

Such limiting, sexist acts could include allowing your daughter to remain financially dependent on her family, encouraging her to use cosmetics, graciously holding the door open for her, or making her feel “special” in anyway.

The two Marquette professors conducted the study based on the responses of 86 first-year female college students. The experiment consisted of two parts. Students were first asked to rank their attitudes on traditional female roles and characteristics. The second portion of the experiment had the students rank 35 of their own body parts based on Franzoi’s Body Esteem Scale, which he created back in 1984. The scale determines how the students perceive their physical attractiveness based on weight and physical condition.

Both professors grew concerned when the study revealed that those young females with a higher self-esteem were essentially the same group as those who were “praised and spoiled” by their fathers; or as put by the professors, experienced “benevolent sexism.”

“This pattern of sexist behavior restricts what the woman can and cannot do by setting up rewards and punishments when they engage in gender non-conforming behaviors,” Oswald said. “Truly loving behavior toward a partner does not have this contingency.”

The professors say young these females can’t maintain a high self-esteem without such treatment from their fathers and that any early financial dependency is indicative of their inability to be monetarily independent in the future.