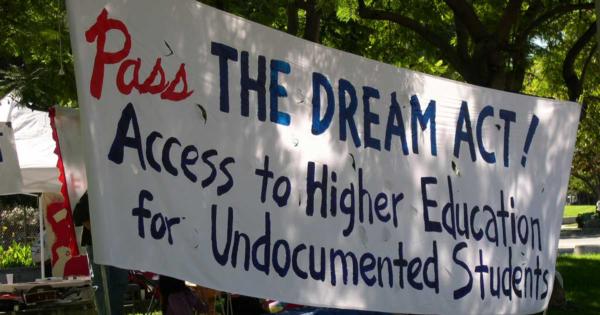 Tufts University, a private research school in Massachusetts, announced last week that it will begin to “proactively and openly” recruit illegal immigrants.

The university said in a statement that it will offer institutional financial aid to illegal immigrants because they are currently ineligible to receive federal financial aid.

"Tufts’ core values include a commitment to equal opportunity, inclusion, accessibility and diversity. Therefore, Tufts welcomes all undergraduate applicants regardless of citizenship status."

According to the university’s website, the school will recognize illegal immigrants as “domestic” students, therefore making them eligible for need-based aid “like any other U.S. citizen or permanent resident.”

“Undocumented and Deferred Action for Childhood Arrivals students who apply to Tufts are treated identically to any other U.S. citizens or permanent resident in their high school,” the university said in a statement.

Tufts will also meet 100 percent of the demonstrated financial need of admitted illegal immigrants. According to the university, the move to expand admissions and offer financial aid to students in the U.S. illegally reflects Tufts’ commitment to diversity and inclusion.

“Tufts’ core values include a commitment to equal opportunity, inclusion, accessibility and diversity. Therefore, Tufts welcomes all undergraduate applicants regardless of citizenship status,” the university said in its statement.

The university’s decision was hailed by immigrant activist groups that successfully lobbied former Gov. Deval Patrick in 2012 to make Massachusetts one of 22 other states offering lower-cost, in-state tuition at state colleges and universities to illegal immigrants who meet certain criteria.

“We know that the barriers that undocumented students face in achieving higher education are both obstacles in the admissions field as well as obstacles in the financial aid real,” Carlos Rojas-Alvarez, campaign coordinator for the Massachusetts-based Student Immigrant Movement (SIM), told Boston University’s Daily Free Press.

“Tufts has accepted and offered full funding [$61,277] to at least five undocumented students as applicants to the Class of 2019,” Thurler told Campus Reform.