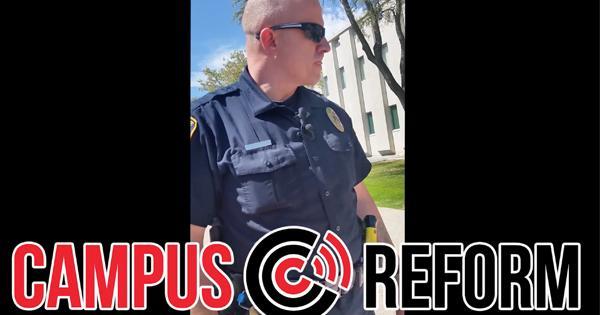 The University of Texas at Dallas has announced a change to the university’s free speech policies after UTD students were blocked by a university police officer from discussing a conservative student group with their peers.

“It’s more in keeping with what the attorneys believe to be justified as not interfering with someone’s right to stand there and hold a poster and accept a petition, which is a free speech, First Amendment right.”

The two female students were promoting a chapter of the Network of enlightened Women (NeW). Additionally, the students were advocating for gun rights on campus—a discussion currently taking place among state legislators.

Despite the fact that the student group was officially recognized by the university, Palmer threatened the students with charges of criminal trespassing if they continued to talk with their peers about their group without permission from the dean. Palmer incorrectly told the students that although UTD is “a state university, it’s private,” implying that the First Amendment didn’t apply to the public institution.

“What you saw in the video has been the standard practice on campus for years,” Zacharias told UTD’s student newspaper, The Mercury.

“You cannot initiate that type of a discussion while people are kind of coming and going and doing their thing,” Winkler said.

However, after video of the incident garnered national attention, including Fox News, the university decided to review its policy. Zacharias announced that on the advice of legal counsel, UTD would be changing its policies regarding students’ right to free speech.

The university’s policy now differentiates between constitutionally-protected free speech and other forms of speech. Free speech, according to the new policy outlined in Zacharias’ email to university police officers, “should not be confused with ‘Solicitation’ which is asking for money or donations or trying to sell something.”

“It’s more in keeping with what the attorneys believe to be justified as not interfering with someone’s right to stand there and hold a poster and accept a petition, which is a free speech, First Amendment right,” Zacharias said of the new policy.