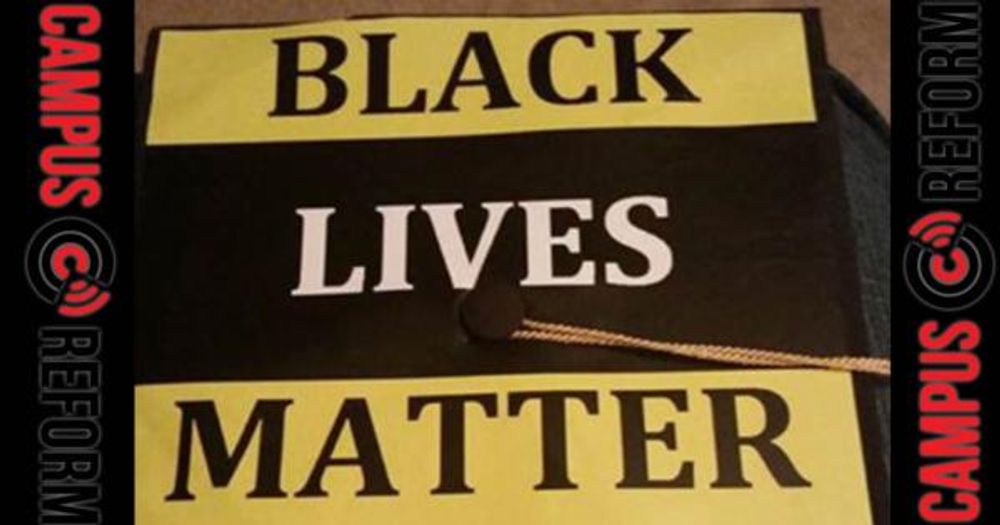 The University of Maryland-Baltimore (UMB) will have an unusual graduation Friday morning when graduating students of the School of Social Work protest at their convocation ceremony for the “Black Lives Matter” cause.

The convocation ceremony, scheduled for May 15 at 9 a.m., will be filled with a graduating class donning caps with Black Lives Matter stickers on top.

Students organized using a closed Facebook group for the university’s School of Social Work class of 2015. Screenshots of the page obtained exclusively by Campus Reform show that members of the group were asked if they wanted the “subtle yet powerful” Black Lives Matter sticker to place on their graduation caps.

A UMB student who wished to remain anonymous told Campus Reform she expects more than half of the 2015 class to wear the Black Lives Matter stickers on their caps.

A 2015 master’s candidate known on Facebook as Shay Ms-briteEyes Bateman posted on the group page asking students if they would be opposed to the demonstration at the graduation ceremony. Bateman’s post explained that the “school-wide demonstration of dissent at graduation [will be] centered around [sic] racism and oppression within UMB.”

“I don’t think a graduate ceremony is the appropriate venue. It’s a time for celebration,” the anonymous student said. “However, I think it is an effective way to communicate the message. All the administration will be present.”

According to the anonymous student, the School of Social Work has participated in several peaceful protests before and after the rioting in Ferguson, Missouri earlier this year. Those demonstrations were allegedly organized through the same Facebook page that was used to plan the graduation protest. UMB’s School of Law, she claimed, was also involved in some of those events.

“I think the students are trying to bring to the attention of administrators that they are concerned about how the administration is handling issues,” she explained. “A lot has occurred in Baltimore and many feel that justice needs to be delivered.”

Protests have erupted nationwide in the wake of the controversial deaths of Michael Brown, Eric Garner, and Freddie Gray at the hands of police. In January, students at the University of California at Berkeley held a “Black Brunch” protest in which they stormed local restaurants with signs and megaphones and read off the names of black Americans killed in confrontations with police.

Campus Reform reached out to a few students involved in the protest but did not hear back from them in time for publication.