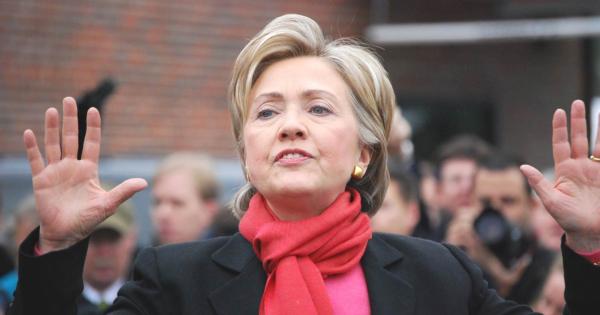 Hillary Clinton unveiled a sweeping proposal Monday to shift the cost of higher education from students to state governments and wealthy individuals.

The "New College Compact," which is projected to cost about $350 billion over 10 years, would be financed primarily by capping the value of itemized income tax deductions for wealthy families, according to The New York Times, though it remains to be seen how she would define "wealthy" or how much she would curtail deductions.

"When we talk about changing student debt, I get nervous about how much many of these changes will cost."

About half the plan's cost—$175 billion—would finance federal grants for states that eliminate the need for students to take out loans for tuition at four-year public colleges and universities. Details would be left to the states, which also must work to slow the growth of tuition rates and promise to no cut higher education budgets and in order to qualify for the grants.

At the individual level, The Los Angeles Times reports that Clinton was to propose several initiatives designed to reduce the cost of student loan debt, including options for restructuring repayment terms and earning tuition assistance from the federal government.

Low-income students, for instances, would be allowed to use federal Pell grants to pay for room and board, instead of solely for tuition costs. Similarly, those who complete a term of service with AmeriCorps would become eligible for education grants equivalent to the maximum Pell grant value, regardless of income level, while membership in the community service program would be expanded from 75,000 to 250,000 to accommodate the expected increases in participation.

Moreover, Clinton wants to reduce interest rates on federally subsidized Stafford loans so that the program breaks even rather than returning a profit to the government, and even calls for allowing those with existing student loan debt to refinance at the lower rates. In addition, future graduates will also be eligible for a program that caps their debt payments at 10 percent of gross income.

Clinton is playing catch-up on the issue relative to her top rivals for the 2016 Democratic presidential nomination, Vermont Sen. Bernie Sanders and former Maryland Gov. Martin O'Malley, each of whom has previously articulated his own vision for improving college affordability.

In contrast to the plan put forward by Sanders, which is projected to cost about $700 billion over 10 years, Clinton's proposal does not envision eliminating tuition entirely, but rather seeks to "bend the cost curve" downward for both tuition and student loans. Indeed, whereas Sanders would have the federal government pay two-thirds of tuition costs at public colleges while states pick up the remainder, Clinton says she will ask families to make a "realistic" contribution to tuition costs based on income level, including requiring students to chip in the proceeds from at least 10 hours of work per week.

O'Malley's plan, on the other hand, shares much in common with Clinton's, albeit on a somewhat grander scale. Like Clinton, O'Malley would allow students to refinance debts at lower rates, provide grants to encourage states to increase higher education funding, and expand Pell grants to cover non-tuition costs.

O'Malley's campaign has yet to release details on the cost or funding mechanisms of his plan, but its scope suggests it would likely exceed the $350 billion price tag of Clinton's plan while still falling short of the $700 billion Sanders wants to spend.

Yet Mark Schneider, president of College Measures and a vice president and institution fellow at American Institutes for Research, told Politico that the true cost of Clinton's plan could end up being much higher than her campaign currently projects.

"When we talk about changing student debt, I get nervous about how much many of these changes will cost," he said.

Schneider also questioned the absence of "gainful employment standards," which are currently applied to career training programs and could be expanded to cover public colleges and universities. Administrators of such programs are required to track the workplace performance of graduates and risk losing federal funding if the results consistently fall short of government standards.

"If gainful employment is good for proprietary schools, why isn’t it good for everybody?" Schneider asked.