EDITORIAL: Cuomo's 'Enough Is Enough' gets it half right 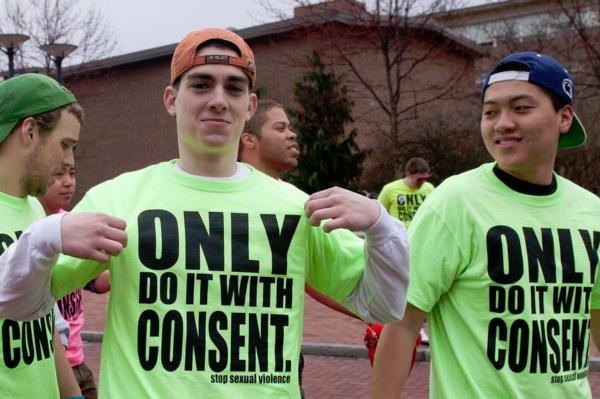 Let’s start with the good news.

The state of New York wants your next romantic encounter to play out like the contract negotiation scene from Fifty Shades of Grey.

Included in Cuomo’s legislation is a $4.5 million allocation for the launch of a specialized police unit to help curtail sexual assaults on campuses across the state of New York.

Currently the Department of Education is investigating 131 colleges and universities for their mishandling of sexual assault cases. Among these are 20 schools located in the state of New York. These highly sensitive cases should always be handled by law enforcement to ensure the accused receives due process while also protecting the victim from potentially faulty campus procedures.

In this way, Cuomo gets the handling of sexual assault correct.

A potentially incompetent campus conduct board, typically consisting of a handful of students and faculty trained by school officials, and more likely than not including zero legal experts, should not be responsible for determining the fate of the accused.

Relying on a campus-implemented system could also mean rapists can turn to the justice system to have their punishment overturned in instances of lack of due process or other faulty procedures. Due process doesn’t just benefit the falsely accused, either; it also serves as a reassurance to victims that their attacker, if actually guilty, will not be able to escape justice on a technicality.

As it currently stands, schools receiving federal funds are mandated by the Department of Education to use the “preponderance of evidence” in judging allegations of sexual assault. This means a reviewing board only needs to determine that it is “more likely than not” that a sexual assault occurred in order to convict the accused, which could lead to expulsion or other punishments for an accused student.

In recent months, judges have overturned four different sexual assault findings by campus disciplinary committees because of a lack of necessary due process. These reversals bring to the surface a need for both the victim and the accused to receive just treatment in college sexual assault cases.

It is essential to have a well-educated and properly-equipped police force working to prevent sexual assault on the nation’s campuses. Colleges and universities have proved time and time again they don’t always select the best methods for sexual assault education.

Let’s be real: after a few too many shots of tequila, is a freshman boy really going to remember the musical from orientation that instructed him to ask for consent before making a move on the girl he just met at his first-ever house party?

This is where the bad news lies.

What Gov. Cuomo fails to appropriately handle are the other mandates in his legislation, particularly the mandated statewide definition of “affirmative consent.”

Under the law, all state and private colleges are required to implement affirmative consent—defined in the legislation as "a clear, unambiguous and voluntary agreement to engage in specific sexual activity”—as official school policy.

In other words, the state of New York wants your next romantic encounter to play out like the contract negotiation scene from Fifty Shades of Grey.

As if this wasn’t absurd enough, the Affirmative Consent Project, a “yes means yes” advocacy campaign group, even goes so far as to instruct students to take a photo with a written contract prior to any sexual encounter to ensure both parties have actually given their consent. For added protection (pun intended), the project also suggests the involved parties should repeatedly ask for consent throughout the entire encounter.

This isn’t just happening in New York; Campus Reform has seen schools all across the nation begin to implement these illogical policies. Just last week the University of Minnesota implemented its new affirmative consent policy that students must offer “informed, freely and affirmatively communicated willingness to participate in sexual activity that is expressed by clear and unambiguous words or actions.”

While there is certainly nothing wrong with students being taught to verify their partner is comfortable with an intimate encounter, these laws place students at risk of expulsion from a school—or worse, a legitimate legal action against them—because they failed to obtain consent prior to each move they made or if they mistook reciprocation for implied consent.

Outside of protecting the innocent and bringing the guilty to justice, the government must step aside and allow young people to make the responsible decisions they’re capable of making.