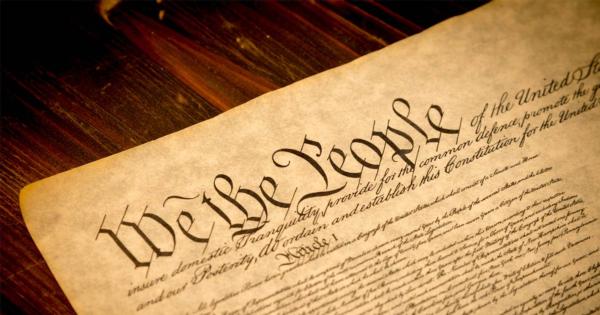 A new survey reveals a shocking degree of ignorance about the U.S. government and Constitution, even among college graduates.

College-educated respondents performed better than the general population in the annual “Constitution Day Survey” conducted by the American Council of Trustees and Alumni (ACTA), but nonetheless demonstrated a remarkable paucity of knowledge about even the most basic questions—such as “What is the Bill of Rights?”—despite the survey’s four-option, multiple choice format.

ACTA found that one-third of the college graduates surveyed were unable to correctly define the Bill of Rights as “a name given to a group of Constitutional amendments,” while fully 10 percent believe that TV personality Judge Judy is a Supreme Court Justice.

Just over half of the respondents correctly named Joe Biden as the current President of the Senate, but 32 percent picked House Speaker John Boehner, who does not serve in the Senate at all. Similarly, only 28 percent knew that James Madison was the “Father of the Constitution,” whereas 59 percent attributed that moniker to Thomas Jefferson (who did play a leading role in drafting the Declaration of Independence, but was not even in the country at the time the Constitution was being drafted).

Moreover, only 86 percent of college graduates expressed certainty about the permanence of the Constitution’s authority, with 4 percent asserting that America’s founding document must be reauthorized every four years and 9 percent admitting they did not know.

Grads can perhaps take slight solace from the even-greater degree of cluelessness demonstrated by non-graduates, of whom fewer than 40 percent could define the Bill of Rights and only 62 percent knew that the Constitution does not require periodic reauthorization, but ACTA maintains that the responses given by both groups suggest failures at all levels of public education.

“The findings are deeply troubling and underscore how our educational institutions are utterly failing to prepare our next leaders for citizenship,” ACTA president Anne Neal stated Tuesday in a press release announcing the survey results. “In a republic which depends on an educated citizenry, it’s crucial that all Americans—especially college graduates—are fully familiar with the rights and responsibilities set out in the Constitution.”

One possible explanation for the poor showing among college graduates can be found in a study released last October called “What Will They Learn?,” ACTA communications director Molly Mitchell claims in an op-ed for The Washington Times.

Of the 1,098 colleges and universities examined in the study, ACTA found that just 201 schools, or about 18 percent, include broad-based courses on U.S. history or government in their core curriculum, allowing students to graduate without so much as refreshing, much less expanding upon, the fundamental concepts taught in high school government classes.

“Instead of ensuring students have a basic foundation, too many colleges … allow undergraduates to skip American history or government altogether or replace them with a narrow substitute,” Mitchell asserts.

At the University of California Berkeley, for instance, she claims that students can fulfill their U.S. history requirement with a course on “Dutch Culture and Society,” while at the University of Colorado the same requirement can be replaced by courses such as “America through Baseball” and “Horror Films and American Culture.”

“While it is no doubt true that something can be learned from specialized classes,” Mitchell opines, “they should not be a replacement for an American history course or for knowledge about America’s founding documents.”

Indeed, a law passed by Congress in 2004 establishing September 17 as Constitution Day includes a provision mandating that all publicly funded educational institutions must provide educational programming to improve knowledge of the Constitution as part of their observance of the holiday.

Although the law does not require such instruction to be part of a school’s core curriculum, Mitchell says ACTA is planning to write letters to more than 19,000 college and university trustees this year urging them to improve their efforts to educate students about the Constitution.