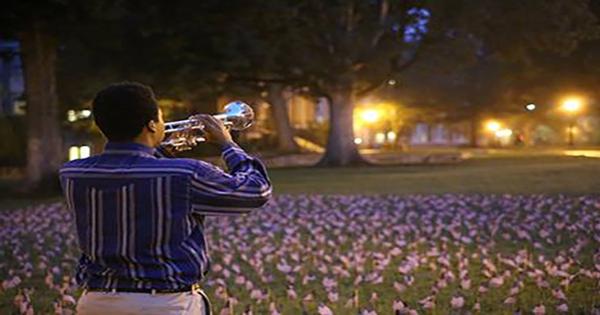 The University of North Carolina’s student newspaper—on the 14th anniversary of the deadliest terrorist attack on American soil, September 11—thought it appropriate to publish an opinion column labelling the United States “an agent of global violence” with an “imperialist agenda.”

UNC student Chiraayu Gosrani, author of the column in The Daily Tar Heel, said the events of 9/11 had a profound impact on his childhood and that he was singled out after the terrorist attacks because of his “brown skin.”

“Political ideology does not matter today."

“Our neighbors shunned my family and I was frisked without fail upon every visit to the airport,” Gosrani wrote. “I feared for my family—not from terrorism, but from the patriotic zeal that plagues this country.”

Gosrani went on to suggest terrorism needs to be “radically redefined” and asserted that Western supremacy and the unlawful detainment and torture of prisoners is in fact terrorism.

“The United States of America is among the most prolific agents of terror in the world,” he stated.

UNC recently faced controversy over its “Literature of 9/11” course that comes with a reading list of poems, memoirs, and graphic novels that present terrorists in a sympathetic light and the U.S. as an imperialist nation.

A statement released by the school said this course and the subsequent reading material gives students an opportunity to grow by learning from those who have different points of view.

“The University isn’t forcing a set of beliefs on students; we’re asking them to prepare for and engage in every lesson, debate and conversation, and share what they think,” the statement said. “Carolina offers academic courses to challenge students - not to advocate one viewpoint over another.”

UNC College Republicans Chair Frank Pray said he was disgusted by the column and the paper’s decision to publish it on a day typically reserved for unity.

“The Daily Tar Heel should be absolutely ashamed of itself for posting this article today and then not bothering to headline a tribute to the victims,” Pray told Campus Reform. “It is ridiculous that the DTH cannot refrain from pushing their leftist agenda for even one day.”

Despite the sentiment of the column included in Friday's edition of The Daily Tar Heel, a large group of students joined with UNC College Republicans to participate in Young America’s Foundation’s “9/11 Never Forget Project.”

“This morning, as the UNC College Republicans sang Amazing Grace at the 9/11 memorial we set up in front of Wilson, we were joined by quite a few students who were not members of the College Republicans, but actually were liberals,” Pray said.

“Political ideology does not matter today. All that matters is Americans joining together to honor our fallen.”

The Daily Tar Heel had not responded to a request for comment from Campus Reform at the time of publication.