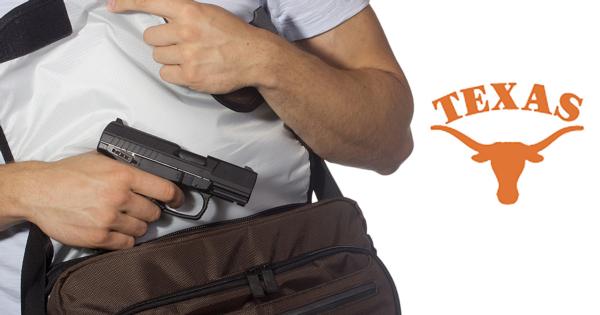 The state legislature had to step in to assert the right of college students in Texas to carry concealed firearms on campus, but no such intervention will be needed for those who wish to carry sex toys next year in protest of that decision.

The protest, organized as a Facebook event by UT alumna Jessica Jin, had attracted over 7,000 interested participants by Tuesday morning, though it is unclear how many actual students will be involved insofar as alum, non-students, and even people outside of Texas are encouraged to participate as a show of solidarity.

SB 11, also known as the Campus Carry Law, was signed by Republican Gov. Greg Abbott in June and will take effect on Aug. 1, 2016. The law prohibits public colleges and universities in the state from adopting rules preventing licensed individuals from carrying concealed handguns on campus, with limited exceptions such as dormitories.

School administrators may be sucking the irony out of the protest before it even gets underway, though, according to The San Antonio Express-News, which reports that officials appear disinclined to penalize students who choose to participate.

“University of Texas students are free to express themselves peacefully on all issues and this appears to be an example of political speech,” UT-Austin spokesman Gary Susswein told The Express-News. “We ask that the conversations around this issue always remain civil and urge students to be part of the ongoing discussion about how to implement the campus carry law at UT-Austin.”

Jin told The Daily Texan that she sees other parallels between firearms and sex toys, as well, asserting that “some shootings in this past year can even be traced straight back to sexual repression.”

Conversely, Allison Peregory, chairman of the Young Conservatives of Texas UT Chapter and student representative of Students for Concealed Carry, mocked the protest as an ineffectual way to address the issue.