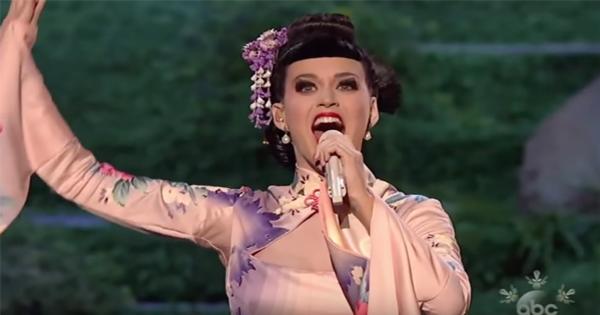 After last semester’s racial unrest, the University of Missouri (Mizzou) has mandated diversity training for all incoming students starting in the spring 2016 semester.

At a “Diversity@Mizzou” session held earlier this month, students listened to various faculty members representing departments ranging from Sociology and Women’s and Gender Studies to Education and Nursing as they outlined their backgrounds and the role diversity has played in their lives.

“That’s not even a Mexican taco! It has lettuce in it!”

One such presentation was by Dr. Rebecca Martinez of the University’s Women’s and Gender Studies Department, who showed pictures of Katy Perry in a geisha costume and posed the question, “Is this cultural appropriation?”

Martinez also pointed out problems with Mexican-themed Halloween costumes. “That’s not even a Mexican taco!” she exclaimed in reference to an example of such a guise. “It has lettuce in it!”

She also said that the common “Sugar Skulls” Halloween makeup was borrowing from the Mexican custom of Dio De Los Muertos (Day of the Dead), and implied that it, too, was cultural appropriation.

Later, she insisted that having her students make altars similar to Dio De Los Muertos altars for a class assignment was “cultural sharing” rather than “appropriation,” because her students were learning from the event, which she said was a key distinction.

During the question-and-answer portion of the evening, Dr. Andrew Hoberek of the English department responded to a question from Campus Reform about whether or not diversity and inclusion should take precedence over freedom of speech—specifically for speech that could be considered offensive—giving an ambiguous answer in which he seemed to imply that he does consider inclusivity to be more important than free expression.

Noting that most people are not intentionally offensive—“Because why would you do that?”—he asserted that part of the problem is that people “treat opinions like fingers, like we’re stuck with the ones we have,” when in fact people “could learn from each other.”

When asked if he only considers offensive speech permissible when it targets someone in a position of power, he told a story about a Native American comedian joking about “playing Catholic,” which some found offensive. The joke, told by comedian Charlie Hill, seeks to highlight what Hill deemed the “third-grade knowledge” that many Americans have of Native American culture by contrasting it with the image of a Native American making fun of Catholic rituals.

Hoberek said that this type of offense was acceptable because it is making a point about “the opposite being offensive,” and is not being used merely to offend, comparing it to judging episodes of South Park for “swinging and missing” at political satire.

Former Mizzou Chancellor R. Bowen Loftin previously announced that the university is preparing similar diversity training courses for faculty and staff, which will also be mandatory, and which Bowen said at the time he hoped would be “put in place as soon as possible.”