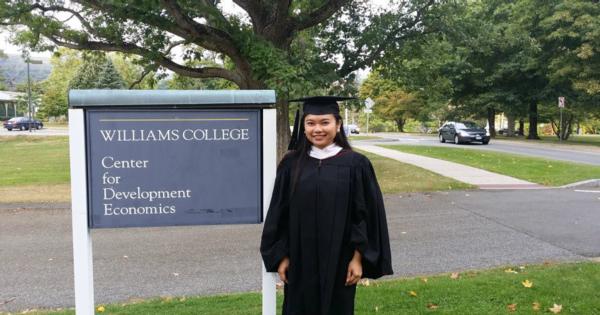 An administrator at Williams College has come out in defense of “coddled college students,” saying they aren’t the problem, but that bigots and white supremacists are.

Ferentz Lafargue, director of the Davis Center at Williams College, wrote an editorial in The Washington Post defending college students from critics who say they will never be ready for the “real world.”

"Do we prepare students to accept the world as it is, or do we prepare them to change it?”

“The implied logic is that if students feel empowered to voice their discontent with microaggressions experienced on campus, then they’re not developing the thick skin necessary to deal with the slights they’ll see in the workplace, out in the “real world,” Lafargue explains, “Students should ‘toughen up,’ and we should stop ‘coddling’ them, we’re told.”

Lafargue’s article was published not long after two speaker events were canceled at Williams College due to some offended students.

The first canceled event was a speech by Suzanne Venker, co-author of “The Flipside of Feminism: What Conservative Women Know - and What Men Can’t Say,” because students called her misogynistic, homophobic and anti-feminist.

Last month, an event with John Derbyshire was also canceled after students labeled him a racist. Williams College president, Adam Falk, sent out an email explaining the cancellation saying, “The College didn't invite Derbyshire, but I have made it clear to the students who did that the College will not provide a platform for him."

Lafargue laments about hearing concern over the college’s pursuit of equity as being a disservice to the students. He said these sentiments are expressed over the college’s efforts to counsel students against wearing “offensive” Halloween costumes and the distribution of a “Pronouns Matter” pamphlet last fall.

“To be sure, the real world is full of anti-Semitism, homophobia, sexism and racism. The question is: Do we prepare students to accept the world as it is, or do we prepare them to change it?” Lafargue asks.

He argues that telling students to “grin and bear it” is the last thing an educator should be doing,

“Yet that is essentially the gospel that the ‘wait until the real world’ parishioners would have many of us adopt.”

Lafargue says that the Williams College experience isn’t meant to make students feel like they’re in a “well-insulated bubble,” and that any allusions of colleges as “idyllic enclaves” are false.

“Virtually every entering class arrives on campus better versed on issues related to gender, race and sexuality than their predecessors. Challenges posed by trying to keep up with the pace of this ever changing community partly explain why college students are such fraught discursive subjects,” Lafargue says.

He postulates that there are much broader questions that colleges should be focused on than whether students are ready to face the real world, such as, “Is college a place for intellectual exploration? Or is it a glorified worker-training program?”

“Students whose families are facing financial distress often feel guilty about engaging in any pursuit that is not alleviating their family’s hardships...Moreover, for some students these debates are about far more than college; they represent yet another variable in trying to understand how and where they fit in society,” Lafargue says.

He continues by chastising those who are cynical about the merits of college as a whole or the existence of safe spaces that, “The real culprits... are the persistent effects of homophobia, income inequality, misogyny, poverty, racism, sexism, white supremacy and xenophobia.’

“When students refuse to accept discrimination on college campuses, they’re learning important lessons about how to fight it everywhere,” Lafargue says.