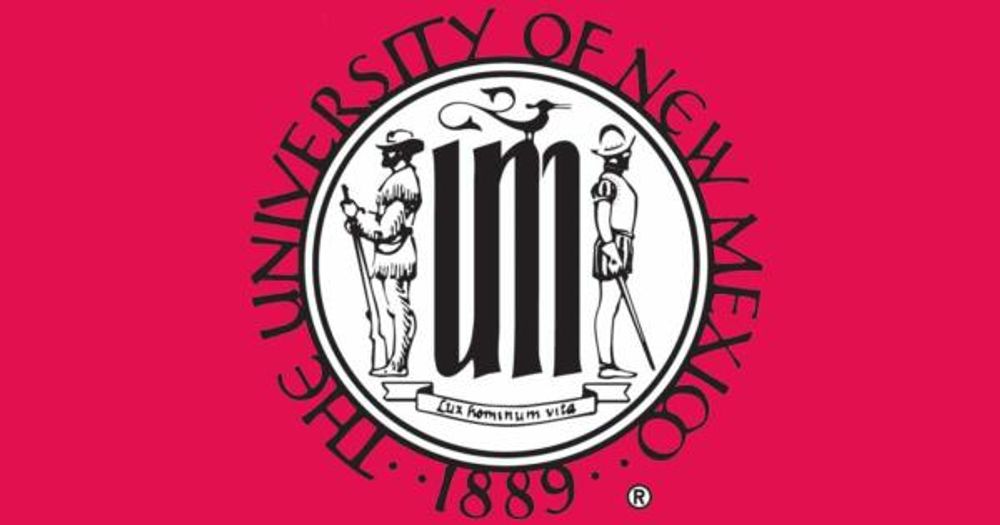 Several student protesters stormed the president’s office Friday at the University of New Mexico where they interrogated school administrators about their stance on the university’s official seal.

Earlier this year, protesters first alleged that the school’s official seal, which depicts a frontiersman standing alongside a conquistador, is implicitly racist because it fails to portray their historical counterparts—the indigenous people.

Now, however, students are complaining that the seal celebrates genocide, saying “its colonial ideas continue the romanticizing of a genocide of indigenous people.”

To protest the seal, hundreds of students and faculty gathered outside the president’s office Friday where they conducted a “speak out,” shouting their demands at the administration. Eventually, some students marched straight into President Bob Frank’s office and handed him a copy of their demands, which includes the total abolishment of UNM’s seal.

“President Frank, do you think the seal is racist?” one protester asked.

“I don’t but I’m open to being educated,” he replied. “I understand that you all think Native Americans aren’t represented there and I think that’s an important point.”

Now, though, students are saying Frank “stands with racism,” despite his willingness to consider their arguments.

In their demands, student protesters explain that the seal was created “without the input or consideration of Indigenous People,” even though UNM commissioned Native American artist Theda Douglas Rushing to design the school’s current seal.

A university official even confirmed with the UNM’s student newspaper, the Daily Lobo, that Rushing did in fact design the school’s first official seal and then later redesigned the seal due to issues with reproduction.

Several iterations of Rushing’s obituary also credit her with the seal’s redesign.

Protesters, though, continue to insist on the discriminatory nature of the seal, even citing socialism as the only proper way to defeat oppression on UNM’s campus.

“We stood up, we marched in the streets, and forced them to listen to the community standing up against injustice and we’re going to abolish the racist seal! The war on Indigenous people never ended. Socialism calls for all oppressed people to unite in our struggle against a common enemy, capitalism,” another added.