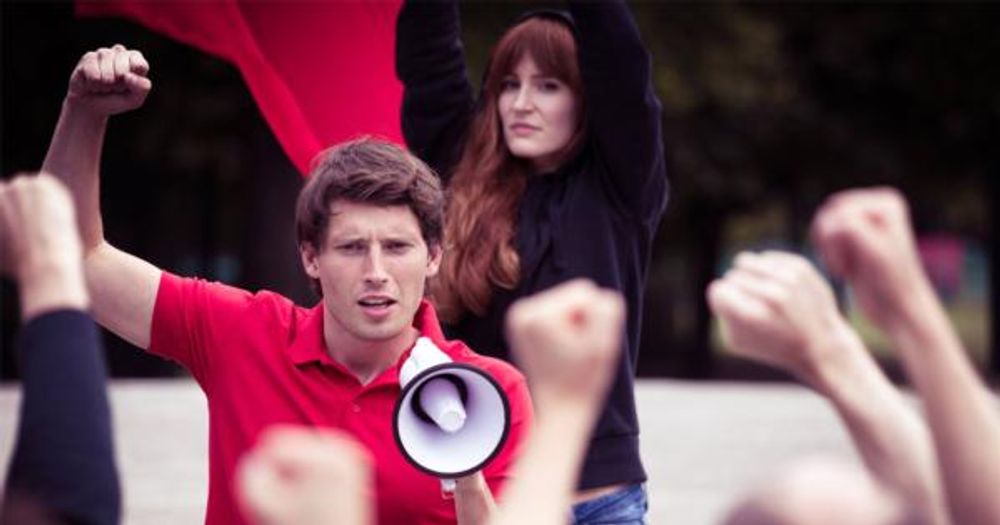 Several student groups from around the country are planning to join other socialist and progressive organizations to protest the Republican National Convention (RNC) in Cleveland later this month.

According to Breitbart, Students for a Democratic Society—which includes Westchester University of Pennsylvania, the University of Minnesota, the University of Utah and Angelina College—along with multiple other groups, will attend the “Coalition to Stop Trump and March on the RNC” rally on the first day of the RNC, July 18.

FightBack, a leftist website promoting the event, reports that the “protest will put forward the slogans ‘Dump Trump,’ ‘Say No to the Republican Agenda,’ ‘Stand against Racist, Anti-immigration, and Anti-Muslim Attacks,’ [and] ‘We demand Peace, Justice, and Equality.’”

“We’re hoping for a march that draws thousands,” stated Coalition to Stop Trump and March on the RNC spokesperson Mick Kelly. “There is a growing tide of anger in the country, directed against Trump and the reactionary, anti-people agenda of the Republican Party. We intend to fill the streets with people who reject their racist, anti-immigrant, and anti-Muslim attacks.”

One of the groups, Student and Graduate Activists (SAGA) at University of Illinois-Chicago, helped shut down a Trump rally in March where 5 people were arrested. One of the members of SAGA, Kait McIntrye, is a member of Freedom Road Socialist Organization which hosted Ali Abunimah, a Palestinian journalist who claims that Zionism is the “worst, lowest most despicable racism.”

Angelina College’s Students for a Democratic Society along with the chapter at University of Minnesota hosted events promoting justice for Rasmea Odeh, a Palestinian terrorist who anti-Israel activist groups claim is a product of Palestine’s “history of dispossession, struggle and resilience”.

Odeh bombed an Israeli supermarket in Jerusalem in 1969 that killed two civilians and attempted to attack the British Consulate four days later alongside the Popular Front for the Liberation of Palestine (PFLP), a Palestinian Marxist-Leninist organization that killed four worshippers and wounded eight at a Jerusalem synagogue in November 2014.

University of Minnesota’s Students for a Democratic society also hosts pictures of multiple students holding a Donald Trump piñata that appears to have been struck.

Mick Kelly, one of the rally organizers, has helped organize Coalition to March on the RNC rallies in the past, such as the 2008 RNC protest in St. Paul.