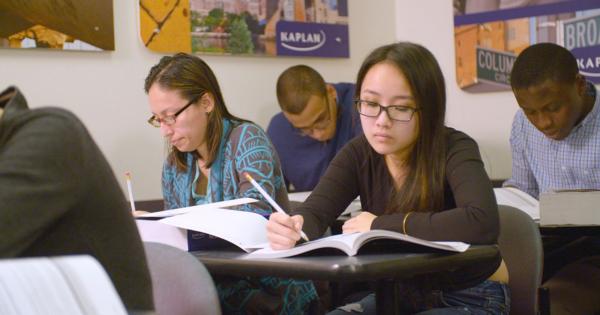 SAT tutors reportedly believe that the college aptitude test has a gender bias because of one math question and one verbal passage on this year’s exam, but The College Board denies it, saying it has observed no gender-based differences in scores.

The New York Times reports that the contentious item in the verbal section reportedly asked students to critique a passage from an author arguing that women belong in the home. In the math portion, test-takers were exposed to a hypothetical chart displaying more boys than girls enrolled in math classes.

“You could imagine one girl really ruminating on it, and she would pay for it down the road.”

“I’m not saying we should put everybody in a rubber room so they couldn’t possibly be touched by controversy,” said Dr. Joshua Aronson, a psychology professor at New York University. “But why would you go out of your way to couch a percentage problem as a girls-in-math problem?”

The verbal section has a question contrasting of Catharine E. Beecher’s 1837 “Essay on Slavery and Abolitionism” along with a reply by Angelina E. Grimké. While Beecher argues that divine law mandates women be lower than men and thrive only in the domestic region, Grimké makes the case for equal gender rights.

Dr. Aronson, who has reportedly pioneered research on stereotype-driven test stress, said the reading passage, which was placed early in the test, could give female students “cognitive fatigue.”

“You could imagine one girl really ruminating on it, and she would pay for it down the road,” said the doctor.

“We can’t have George Wallace being given equal voice to Thurgood Marshall. That would be beyond the pale,” said Andrew McGlothlin, owner of Summit Tutoring and Test Prep, blasting the Beecher-Grimké question.

“I’m a mother of three daughters,” said Pamela Donnelly, the founder of GATE, a test prep and college consulting organization. “And to present something like that without historical context creates a kind of cognitive dissonance between that and what they believe is true as they try to wrestle their way through the rest of the test.”

“I thought, ‘wait a minute: this test is really trying women in a way that’s slightly different than it’s testing men,” said Sheila Akbar, a test-prep education director. “Here I am, a seasoned test taker, a 36-year-old woman, being distracted by this material. I wonder what 17-year-olds are thinking.”

One male student of a Boston tutor had a unique reaction to the Beecher passage.

“[He] read the piece right and convinced himself that he had read it wrong,” said tutor Cynthia Cowan. “If it has that strange effect on a guy, who knows what effect it can have on women?”

The College Board, which administers the exam, denies that the SAT contained negative stereotypes and found no score differences between boys and girls on the contested questions. Experts and a representative sample size of students had tried out the test prior to its actual use.