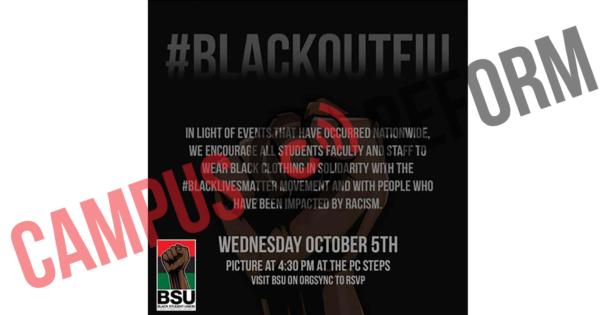 “In light of events that have occurred nationwide, we encourage all students, faculty, and staff to wear black clothing in solidarity with the #BlackLivesMatter movement and with people who have been impacted by racism,” reads the BSU circular that was reportedly sent in an email to the entire student body by FIU Campus Life in advance of Wednesday’s “#BlackOutFIU” event.

“We encourage [everyone] to wear black clothing in solidarity with the #BlackLivesMatter movement.” 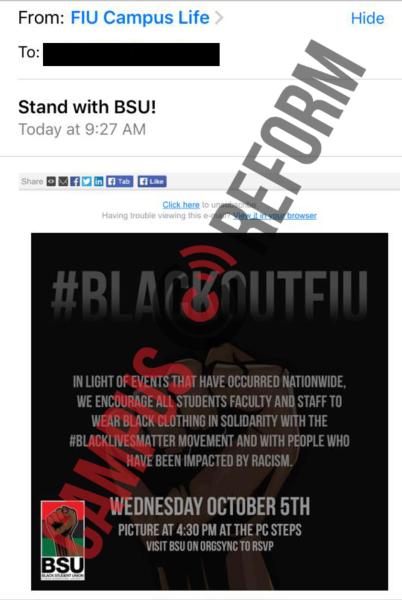 The email then asks students to RSVP on FIU’s OrgSync website for a group photo of everyone wearing black clothing, but it is unclear whether the picture was actually taken in light of Hurricane Matthew canceling classes all across the east coast of Florida.

In addition to the email, Campus Life also posted an invitation to the event to its Facebook page on September 30.

“It's truly saddening to see an institution support and promote such a hateful and divisive group,” Elias Monsalve, treasurer of FIU’s College Republicans chapter, told Campus Reform. “I hope FIU can see the differences between the methods used by the highly respected Dr. Martin Luther King and the methods used by Black Lives Matter.”

The campus-wide email comes on the heels of FIU posting a video on its Facebook page last week that provoked heated reactions with the revelation that the latest annual poll of Cuban American voters in Miami-Dade by FIU’s Cuban Research Institute found roughly even support for Donald Trump and Hillary Clinton. 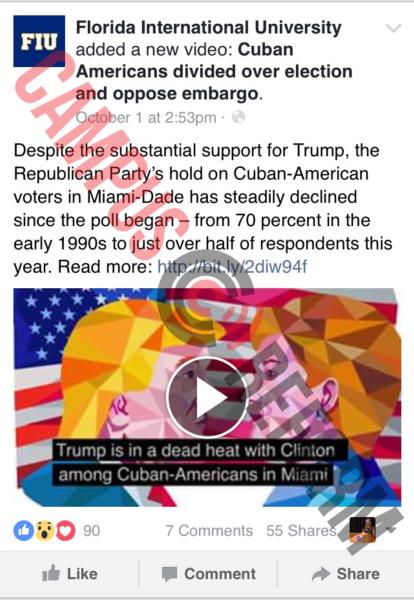 Representatives for FIU could not be reached for comment in time for publication due to Hurricane Matthew. This story will be updated if and when the school provides a response.