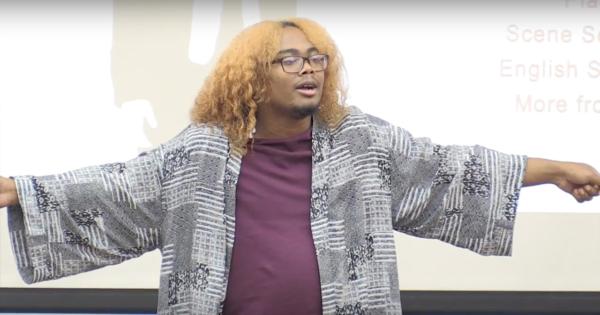 The October 3 event, entitled “We Are One … Are We?” took place in the Morris University Center Conference Center and led by Venessa Brown, PhD and Associate Chancellor for Diversity and Inclusion for SIUE, according to The Intelligencer.

“old white people have pretty much always been the bad guy.”

One faculty member who spoke at the event was Dr. Bryan Jack, who joked during his speech that he has been referred to as an “ethno-masochist” because he is white.

The conference was centered around a viewing of the movie White Like Me: Race, Racism and White Privilege in America, which is based on the work of well-known liberal activist and author Tim Wise.

After viewing the film, the group began a lengthy discussion during which students and faculty expressed their views on race and privilege.

“We have to make it uncomfortable for those around us to speak disparagingly against people of other cultures,” one conference attendee remarked.

Notably, this was said after viewing a movie based on the work of Tim Wise, who has said plenty of disparaging things about others, like “old white people have pretty much always been the bad guy,” and compared white conservatives to “the bad guy in every horror movie ever made, who gets shot five times, or stabbed, or blown up twice, and who will eventually pass.”

Some members of the faculty, such as Carole Frick, chair of the Department of Historical Studies, felt that such messaging should be mandatory, saying, “everyone should be required to see the film as a freshman” because “we, as white people, need to own our history in America.”

In addition to pushing for mandatory viewing of liberal films, other participants expressed additional concern that too few students are listening to conversations about racial privilege.

Brown remarked that her team of activists need to “deal with” the people who didn’t attend the conference who weren’t “willing to have this conversation.”

Students in attendance also pushed for mandatory “diversity training,” with one remarking “it is needed among the students, and especially if you plan to do any kind of work on campus.”

The conference was concluded with a poetry performance from Kenneth Coleman, a senior at SIUE, comparing Pearl Harbor and 9/11 to the experience of African-Americans.

In one part of the performance, Coleman repeatedly says, “I remember master!” and remarks, “you mastered double dutch on the backs of my brothers, like how you mastered your d*cks in the vaginas of my mothers, I will never forget how you bleached my colors.”

Coleman also lumped white Americans together with Nazis, saying “I remember how you concentrated Natives in camps like Hitler!”

The conference, attended by around 400 people, is not the first gathering in support of BLM at SIUE, coming in the wake of a similar event in January, which featured one faculty member asserting that “in the history of the U.S., we have never experienced the police protecting the rights of Black America.”

Another BLM conference at SIUE in April had a specific focus on “microaggressions” in relation to BLM, which Brown defined as “common verbal, behavioral, and environmental indignities, whether intentional or unintentional, that communicate hostile or negative slights to marginalized groups.”

The event won’t be the last of its kind either, with the next forum for “more dialogue about race” already planned for next January.

A full video of the event can be viewed on YouTube here.

Campus Reform reached out to the SIUE Office of Inclusion and Diversity, but did not receive a response in time for publication.