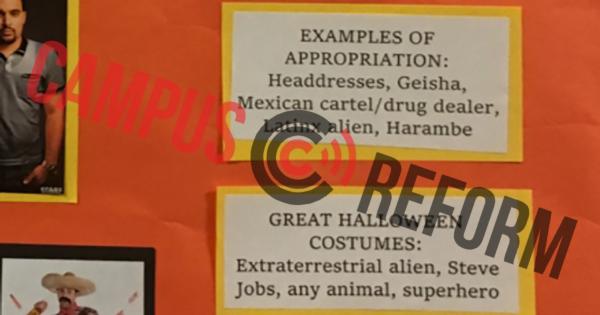 Florida State University is reminding students in one residence hall to avoid wearing Harambe costumes this Halloween in order to avoid “cultural appropriation.”

Students living on the first floor of Deviney Hall at FSU are being greeted by a bulletin board adapted from an ad campaign titled “My Culture is Not a Costume,” photos of which were provided to Campus Reform.

“FSU Housing staff are using posters...to educate students about ways to be culturally sensitive [for Halloween].”

The FSU board includes several photos from the original ad campaign, which began at Ohio University in 2011, and six additional photos of Halloween costumes that can be considered culturally appropriative, including an Arabian princess, a samurai warrior, and a bullfighter.

Apart from the photos, there are several written “examples of appropriation,” which include “headdresses,” “Geisha,” and “Harambe,” the late gorilla that was shot at the Cincinnati zoo. 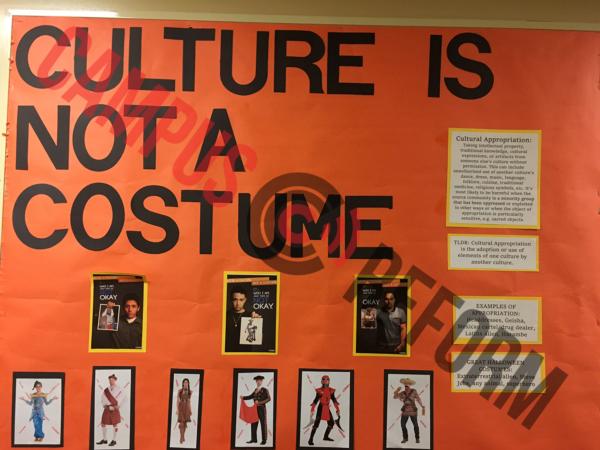 Despite explicitly listing Harambe as an inappropriate costume, the board goes on to say that “any animal” would be an example of a “great Halloween costume.”

The display also suggests that students dress as an “extraterrestrial alien” as opposed to a “Latinx alien,” apparently referring to illegal immigrants. 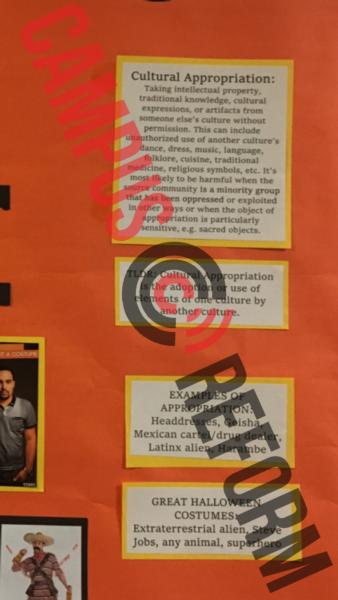 Florida State has tried to tackle cultural appropriation in the past, notably by targeting the Native American headdresses worn at Seminole football games.

The Student Government Association passed a resolution in April that discouraged students from wearing the headdresses to athletic events, which university spokeswoman Browning Brooks called a “thoughtful and reasonable request,” saying, “the administration will give this careful thought and consider some ideas to promote additional cultural sensitivity by our students and fans.”

The board in Deviney Hall, which was posted by a Resident Assistant, seems to be a recent push to prevent cultural appropriation on campus, this time in the context of Halloween.

According to the Deviney board, the short definition of cultural appropriation is the “adoption or use of elements of one culture by another culture.”

A longer definition explains that, “this can include unauthorized use of another culture’s dance, dress, music, language, folklore, cuisine, traditional medicine, religious symbols, etc.”

“FSU Housing staff are using posters from an Ohio State program, STARS, intended to educate students about ways to be culturally sensitive as they create costumes for the upcoming Halloween party season,” Browning told Campus Reform. “The spirit of the program is to inform students, not limit them, and students can decide on their own what they want to do.”