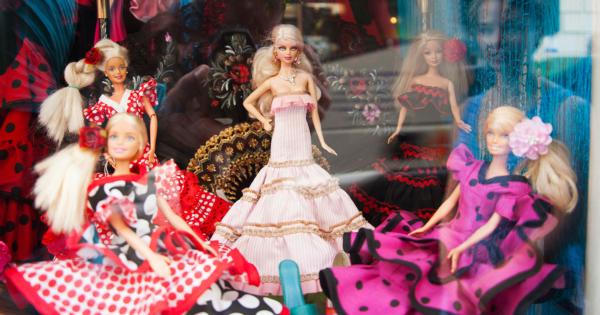 An Aurora University professor recently required students to visit local stores and observe the number of products geared toward minority groups in order to make them aware of privilege.

The “Experiencing Discrimination—The "Scavenger Hunt” assignment, a copy of which was obtained by Campus Reform, was administered as part of Professor Renae Franiuk’s “Social and Applied Psychology” course, which explores “how one’s social environment affects his or her thoughts, attitudes, and behaviors.”

The assignment asked students to scour a local shopping mall or “Big Box” store for “examples of dominant group privilege” in children’s toys, greeting cards, hair care products, and more in order to "illustrate the everyday difficulties that people in marginalized groups may encounter when they do something as simple as shopping."

“Find as many of the following items in the store/mall as you can,” the assignment prompts students, first asking them to look for “a Barbie or Ken doll that is not white” and to “note the approximate [percentage] of dolls meeting this requirement.” 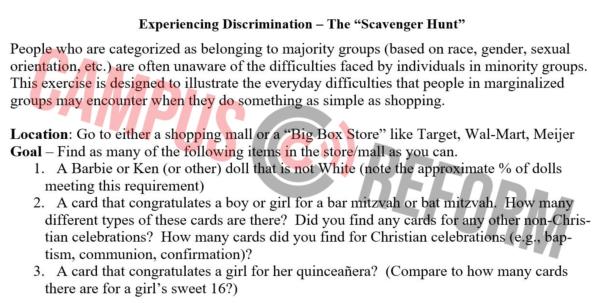 Other items to be observed include the size of the store’s “ethnic foods section,” if it has one; the number of “hair products for African-Americans;” and the availability of wedding cards “designed for a same-sex couple.”

After completing the “scavenger hunt,” participants are asked to write a “3-4 page paper” reflecting on the experience in relation to Peggy McIntosh’s seminal 1989 article White Privilege: Unpacking the Invisible Knapsack.

Notably, successful completion of the assignment is worth 20 points, which, according to a syllabus for the course obtained by Campus Reform, is approximately 7.5 percent of each students’ final grade, with other items such as the completion of the “Implicit Association Test” factoring into final grades.

While most students, according to Franiuk’s Rate My Professor page, had favorable opinions of her teaching, some consistently criticized her of grading “based on her opinions,” though others vehemently denied that this was the case.

Even several of the positive reviews, however, conceded that “she is liberal and will not hold back her personal views,” with one even crowing that she is a “very liberal professor!”

Campus Reform reached out to Franiuk for additional comment on the course, but did not receive a response in time for publication.