In a letter to faculty and staff, University President Fr. John Jenkins announced recently a change to the university’s health care coverage: the cessation of indirect coverage of abortifacients and the establishment of direct provision of “simple contraceptives” through the university’s self-funded insurance program.

This policy, which is scheduled to be enacted June 1, 2018, will replace the current provision of both contraceptives and abortifacients through third-party distributors Meritain Health and OptumRX, and funded indirectly through government initiatives rather than university funds.

Fr. Jenkins’ explained the new policy as a way for the university to be “unwavering in our fidelity to our Catholic mission at Notre Dame, while … [recognizing] that among the values in our Catholic tradition is a respect for other religious traditions and the conscientious decisions of members of our community.

He further cited the “fact that some of those enrolled in our health plans—an increasingly diverse group—have come to rely on access to contraceptives through enrollment in our plans,” as the reason for continuing to provide simple contraception. Abortifacient and abortion inducing drugs will not be covered as they are “far more gravely objectionable in Catholic teaching [than simple contraceptives].”

Many student groups have responded negatively, and for a variety of reasons, to this change to the university’s health care policy.

Students for Child-Oriented Policies (SCOP) released a statement which lauded the university for ending abortifacient coverage and for making a definitive statement in opposition to contraception. However, SCOP expressed disappointment “that the university has made the shocking decision to even more closely entangle itself in and become the primary agent of the provision of contraceptives.”

SCOP’s statement made specific criticism of the Fr. Jenkins’ allusion to the university’s participation in a lawsuit against the 2012 Health and Human Services mandate, which required employers to provide contraceptive and abortifacient coverage, and enabled religious institutions to rely on indirect government-funded coverages.

Fr. Jenkins argued that “what we [the university] sincerely and firmly fought for in court was the ability, as a Catholic institution, to make decisions about the provision of health care consistent with Catholic principles.”

The testimony of University Executive Vice President John Affleck Graves, however, cited not the ability to make decisions regarding healthcare as the impetus behind the lawsuit, but that the ability to avoid “becom[ing] entangled with, or appear to facilitate, endorse, or accept, that which it believes to be contrary to the Catholic faith,” as The Rover previously reported.

Sarah Drumm, president of Notre Dame Right to Life, echoed SCOP in her agreement with the university’s decision to cease funding abortifacients and sterilizations, and similarly continued to critique the new policy.

“I believe these small steps forward are not enough,” Drumm wrote. “Providing simple contraceptive drugs is in no way ‘consistent with Catholic principles’: on the contrary, it is directly against the Catechism of the Catholic Church.”

Drumm continued to explain her criticism concerning the university’s decision to directly provide contraception, citing that “they are not the best health care available to women, their use directly contradicts Catholic moral teaching, and they are an affront to upholding human dignity on our campus.”

Notre Dame Right to Life has confirmed that they will continue to meet “in front of Main Building every Friday to pray the Angelus for Notre Dame’s Catholic identity.”

“My main concerns revolve around the vague information given regarding how the University is defining the ‘simple contraceptives’ and abortifacients." she said. "Moreover, many students and perhaps faculty/staff may be making decisions to attend or be employed by Notre Dame without sufficient information regarding healthcare coverage."

Green also expressed concerns that the university’s definition would be “based on a misunderstanding of the science behind varying types of contraception including IUDs and Plan B.”

“I’m kind of confused why they are now deciding to change the terms again," she said. "By assuming the payment plan themselves and restricting access, they don’t seem to be addressing our needs."

Garrett continued to question whether Feminist ND will soon be able to host events promoting contraceptive use in sexual health.

Previously, the club had been barred from doing so under Student Activity Office rules, which banned club events that “may encourage or participate in any activity that contravenes the mission of the university or the moral teachings of the Catholic Church.”

“We’re not sure if this is against the [university’s] Catholic mission anymore,” she added.

This article was originally published in The Irish Rover, a conservative student newspaper affiliated with the Leadership Institute's Campus Leadership Program. Its articles are republished here with permission. 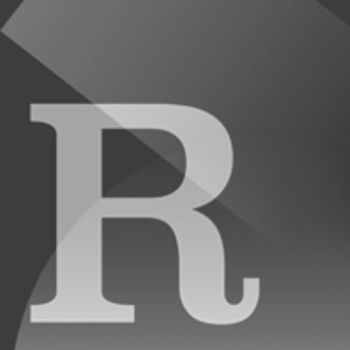