Rutgers prof: 'F*ck each and every Trump supporter'

In her comments, she wrote, "f*ck each and every Trump supporter."

A Rutgers University professor says that Trump supporters are to blame for people dying in the coronavirus pandemic.

Rutgers University Associate Professor of Women's, Gender, and Sexuality Studies Brittney Cooper says Trump supporters are to blame for the disproportionate number of black Americans who have died as a result of the coronavirus pandemic.

In a tweet thread on Tuesday, Cooper wrote, "I feel like most Black people are clear that this utterly absurd to push [sic] to re-open the country is all about a gross necropolitical calculation that it is Black people who are dying disproportionately from COVID. Not only do white conservatives not care about Black life, but my most cynical negative read of the white supremacists among them is that they welcome this massive winnowing of Black folks in order to slow demographic shifts and shore up political power." 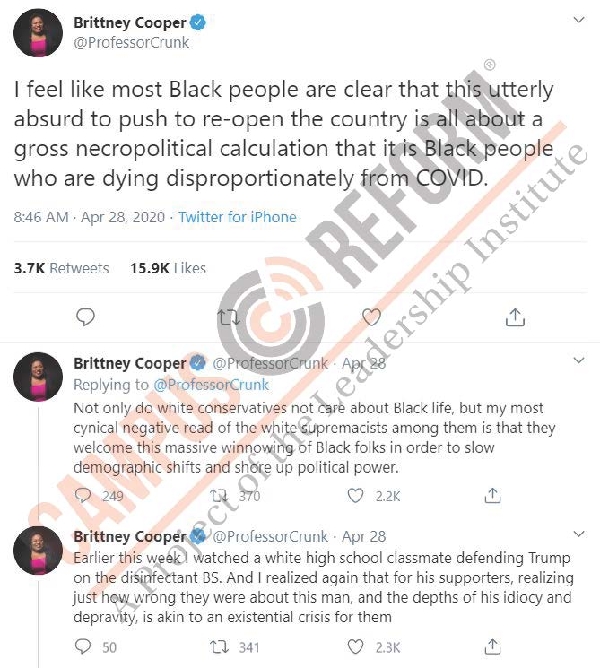 She went on to say that Trump supporters "are literally willing to die from this clusterfucked COVID response rather than admit that absolutely anybody other than him would have been a better president," specifically criticizing Trump for his comments on disinfectants.

"I am saying some obvious things this morning because as a country we are too good at skipping over the audience and we might as well say this to people as often as we can. Fuck each and every Trump supporter. You all absolutely did this. You are to blame," she added. 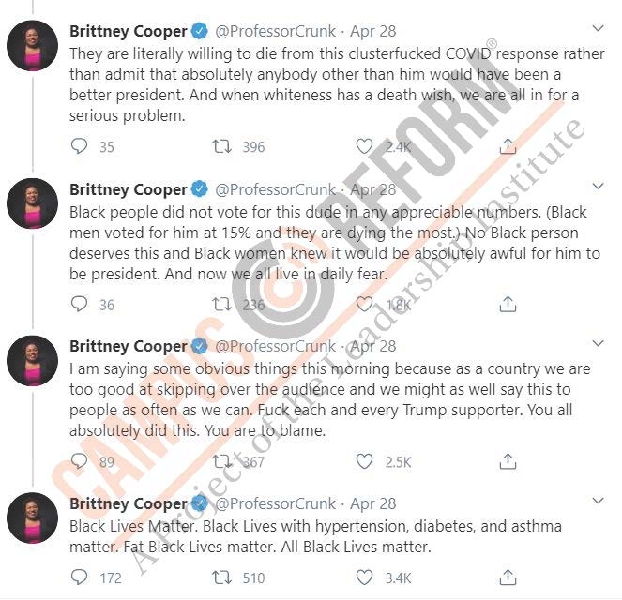 Cooper has a history of making inflammatory comments about Trump supporters and conservatives, in general.

Campus Reform reached out to Cooper and Rutgers University but did not receive a response in time for publication.