U.S. intel concerns 'do not apply' to our Confucius Institute, university claims

Binghamton University told a concerned student that the U.S. intelligence community's concerns about its Confucius Institutes "do not apply."

The statement was made to a student who cited a Campus Reform article.

After reading a Campus Reform article on  China-funded Confucius Institutes in America’s universities, a student sent an email to his university inquiring about its still operating Confucius Insitute. The campus attorney claims that the center poses no threat to U.S. national security, despite U.S. intelligence agencies saying the exact opposite.

The Institute has been operating on the campus for more than a decade. According to the website, more than 4,000 students have enrolled in CICO courses since its advent. Courses include Beijing Opera Face Painting, Chinese through Song, and Chinese Opera Stage Combat.

The inquiring student asked what Binghamton’s stance is regarding the national security warnings about Confucius Centers across the country on college campuses, citing a Campus Reform article and statements made by U.S. senators warning against the centers.

“This issue is deeply concerning to me,” the student wrote. 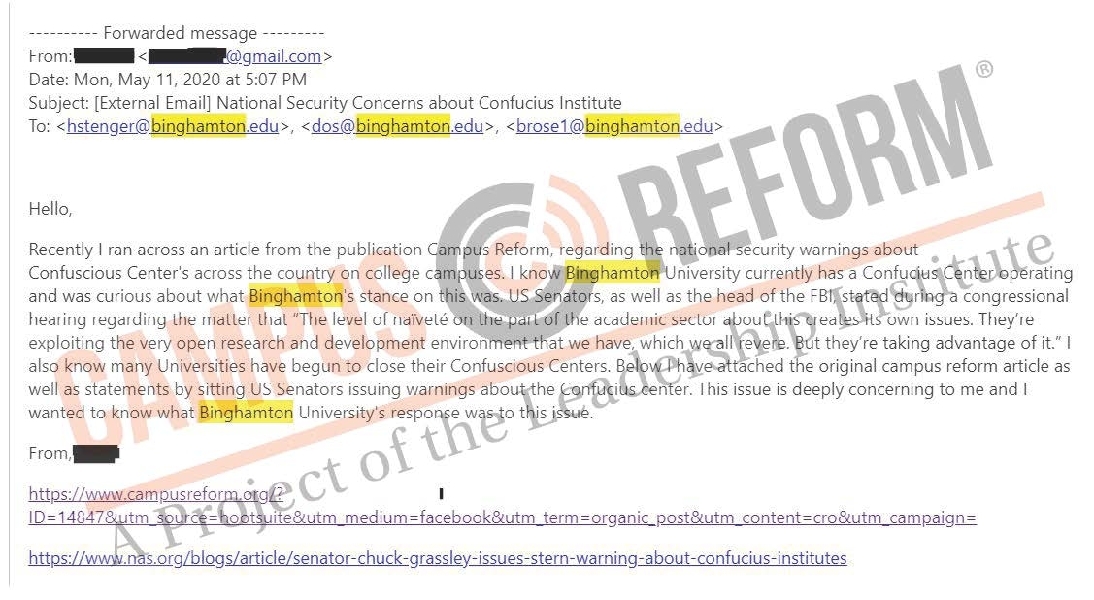 Barbara Scarlett, campus attorney, replied to the student’s inquiry. Despite numerous warnings regarding the centers from U.S. intelligence officials, Scarlett assured him that Binghamton’s Confucius Center does not pose a national security risk.

In her email, Scarlett brought attention to a 2019 addendum signed by Binghamton University President and Confucius Institute Headquarters. She told the student that it “reaffirms the campus’s autonomous governance of the institute, specifies that the institute is to be operated in compliance with Federal and State laws and policies and where there is conflict between Chinese and US laws, US laws will govern.”

Scarlett implies that CICO is different than other Confucius Centers in her final sentence.

“Given the institute’s longevity on the campus and the addendum, the campus is confident that the concerns you raise in your email do not apply to Binghamton University’s institute,” Scarlett said. 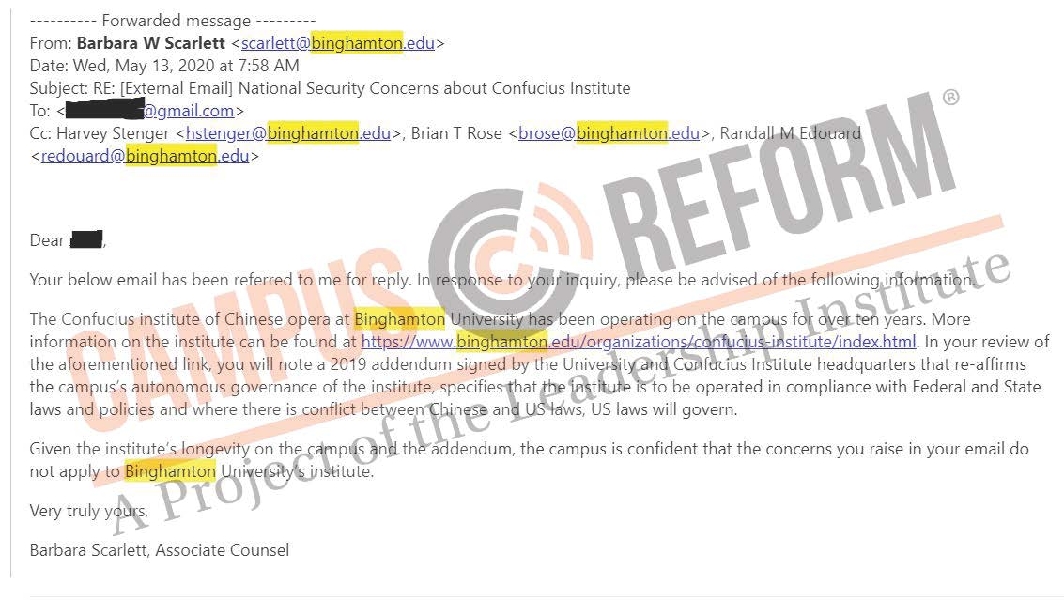