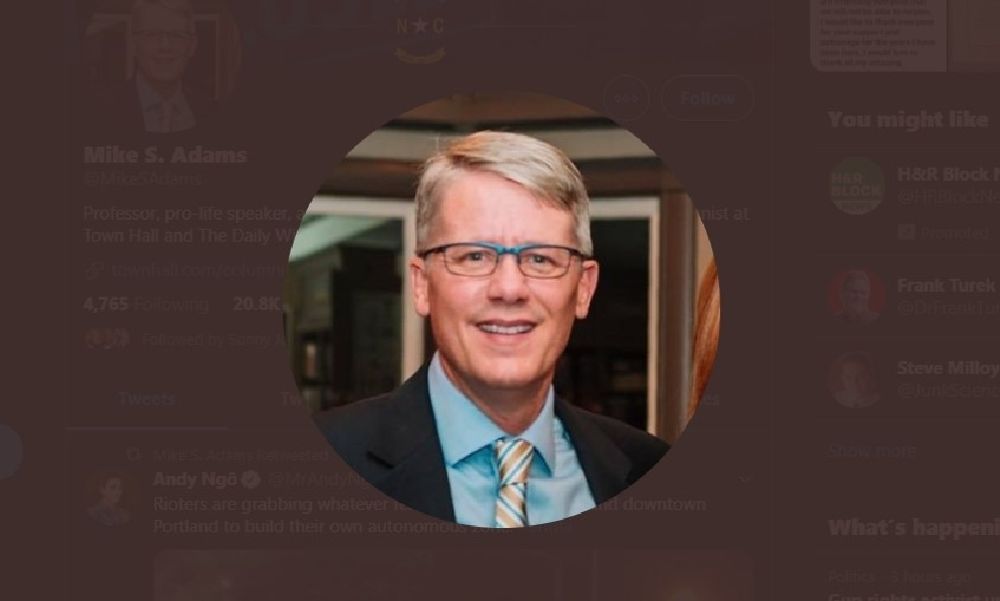 According to a local news outlet, the New Hanover County Sheriff’s Office visited Adams' home to conduct a wellness check. There, they found Adams' body, but did not confirm a cause of death or publicize any other details. Adams was 55 years old.

"It is with sadness that we share the news that the New Hanover County Sheriff’s Office is conducting a death investigation involving Dr. Mike Adams, professor of criminology," UNCW said in a statement. "Please keep his friends and loved ones in your thoughts."

Earlier this year, Adams faced an onslaught of opposition from UNCW students in response to his social media posts, which criticized North Carolina’s coronavirus lockdown policies and the validity of women’s studies departments. He was also a critic of the Black Lives Matter movement.

A petition calling for Adams’s firing, which included a pledge to not financially support or apply to UNCW, gained nearly 29,000 signatures. Adams was set to retire on August 1 after reaching a settlement agreement with UNCW worth more than $500,000.

In addition to his work in academia, Adams was an outspoken conservative. He was a columnist for the Daily Wire and worked closely with other conservative groups. Young America’s Foundation tweeted Thursday, “We are devastated to hear of the passing of @MikeSAdams. Professor Adams was a beloved freedom fighter and YAF speaker. Our prayers go out to his family.”

The pro-life organization Live Action paid tribute to his work in advocating against abortion.

“Adams was known for his tenacity and his unwillingness to shy away from controversy, and his ability to effectively articulate pro-life, conservative viewpoints in hostile environments.”

Live Action also recalled his conversion from atheism to Christianity and how it informed his convictions.